Get out of your comfort zone. Try writing something you think you can't write, or hate to write.


When I was in eighth grade, my English teacher was a miserable bitch—hated by almost every kid in the class.

We were once assigned to write an essay about poetry. At the time, I pretty much hated poetry, except for funny stuff like one of the world's shortest poems, by Ogden Nash:

Basically my essay said something like I hated poetry because it is artificial and is much less efficient than prose for delivering a message.

"My country 'tis of thee,
Sweet land of liberty."

Elliot, one of my classmates, got an "A" for a few pages of bullshit about poetry "opening a golden door into the soul of the poet."

I was sent to the guidance counselor for guidance and discipline.

I did not get any discipline but I got some valuable guidance: Give the bitch the same kind of bullshit that earned Elliot the "A."

In other words, if you want to succeed in life, give the audience what it wants, even if you have to lie or sell out.

I didn't think it was good advice then or now. An audience can usually determine if a performer's heart is not in a performance.

A few weeks later, we were assigned to write poems. That was even worse than having to write about poems.

Rhyming is probably a natural activity and source of amusement for every kid.

But going from "Roses are red, violets are blue. Sugar is sweet but I hate you" to something of homework quality would have been a major leap for me.

I was desperate to avoid a second flunk from the bitch, so with help from my father I did come up with something that I still think is pretty good. It was about a windshield wiper destroying rain drops. I don't remember it all, but it started with:

"Oh wiper, you viper,
You snake on the glass.
You strike hard and swiftly.
You kill with each pass."

I got an unexpected "A" on that one. 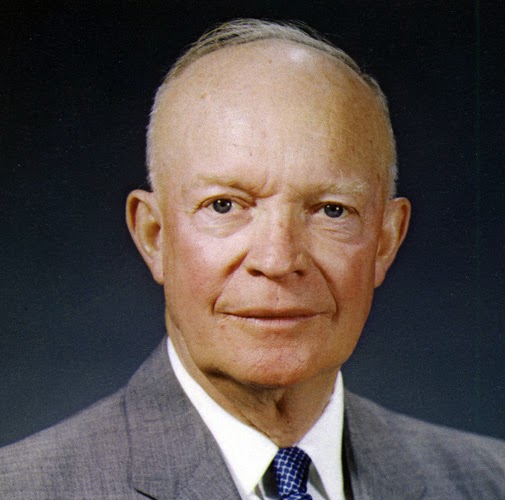 I also got an "A" on a second poem that involved some event in international relations in 1959 or '60. Apparently President Eisenhower was being pressured by the dreaded commies to give in on some diplomatic negotiating.

I need a word to rhyme with "now," and my father suggested the phrase "but Ike would not kowtow."

I had never heard "kowtow" before, and thought my father had made it up just for my poem. Pop explained that it came from a Chinese word meaning "submit" and I kept the word. The bitch knew what it meant and was impressed.
In high school I became a pretty good rhymer. I often wrote silly poems and songs about bad teachers. The worst teacher I ever had was Bertha "Crazy" Frehse (pronounced "frayzee"). We never knew what to expect when we entered her classroom.
Sometimes as we marched in, a student would be pinched on the shoulder and commanded to go to the blackboard and “write 10 beautiful words,” or “write 200 words about tobogganing,” or “explain why striped cats are superior to spotted dogs” or “list 500 reasons why Elvis should be pres­ident.”
One time, a class was ordered to write 500 words on “how Capri pants have been the downfall of western civilization.” (Girls couldn’t wear pants to our school.)
Years later, in college I used "lifestyle" in an essay and the professor put a note on the page about it being an excellent choice of words. In my mind I gave the professor a lower grade for being impressed by such routine terminology. Apparently "lifestyle" was a big deal in Bethlehem, PA in the 1960s.)
In my first semester as a journalism major at Lehigh, our class was assigned to write a large variety of news items. One assignment was to write about an intramural baseball game. I hated baseball and resented the assignment. I knew nothing about the game and felt absolutely feeble. My vocabulary had none of the appropriate idioms for "hit a home run." I read a published report on the game and unconsciously absorbed a phrase. My hawkeyed professor noticed it and flunked me for plagiarism! It was a valuable lesson.

"Lady Madonna, baby at your breast
Wonders how you manage to feed the rest"
(Lennon & McCartney)

I have no plans to write serious poetry, but being forced to succeed at something I hated has probably been useful to me as person and as a writer. I have gained appreciation for those who do write poems well, and I sometimes insert rhymes in my prose just for the fun of it.

This is probably the third time in over 50 years that I used the word "kowtow." It's not part of my normal writing vocabulary, but if I encounter it, I don't need to get a dictionary. 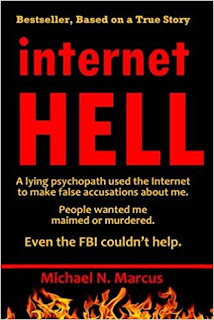 I've been writing nonfiction since I was a journalism major at Lehigh in the 60s. I never aspired to write "the great American novel." Or even a lousy un-American novel.

However, I've often been told that I have a great imagination and maybe I was wrong to shun fiction.

As an experiment I wrote a novelized back story as the first half of a nonfiction book, Internet Hell. I think it turned out well and readers like it. I enjoyed the freedom of not needing to care about facts, truth and reality—but my training and experience as a journalist made my unreality realistic.

I think all writers should experiment with genres outside their comfort zone. You might enjoy it, or even create something great.

Flexibility and versatility may even help your financial situation. When I first moved to Manhattan in 1970 I lived in a tiny-but-expensive room in a YMCA. The manager knew I worked for a magazine and asked for help writing a fundraising appeal. He liked my work and lowered my rent.

My first job was assistant editor of a magazine that went to hi-fi equipment dealers. I sometimes filled in at other mags that the publisher put out, dealing with health foods and art supplies. Later on I worked for several ad agencies. I was hired because I could write about hi-fi equipment, but I kept my job because I could also write about computers, light switches, motor oil, food, floor tile, wrist watches and bathing suits.

I can probably write about anything. What about you?
. . . . .
wiper photo from HowStuffWorks.com Thanks.
Posted by Michael N. Marcus at 5:33 AM