In the past few months I've gotten many phone calls from Your Online Publicist, as often to my private personal unlisted phone number as to the number of my publishing company.

The callers are women with heavy accents, struggling to read scripts.

They tell me that their editorial staff is impressed with my writing style, and other bullshit that does not impress me. They are trying to get me to use the company's services to promote an ancient, obsolete book (published in 2010 and that I am no longer interested in selling), at book fairs outside the United States. 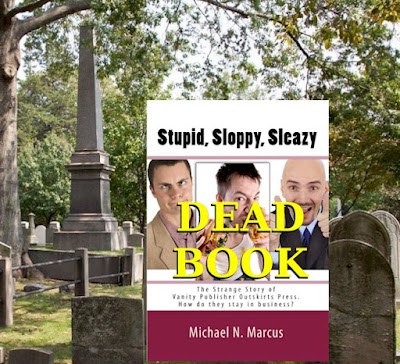 I explained this in each call and told the women that I have other, recent, books. But, instead of further engagement that a competent salesperson should provide, I got hung up on.

This happened with "Monica," "Nancy" and other women with apparently fake names. Their script and inadequate training do not prepare them to deal with an author of multiple books. They might've generated income for themselves and their company—but they failed.

The calls persist despite my many requests to the women to remove me from their list, and an email sent to the company on 9/16 (which was not replied to).I don't know how Your Online Publicist stays in business. From what I've observed, it deserves to go out of business! 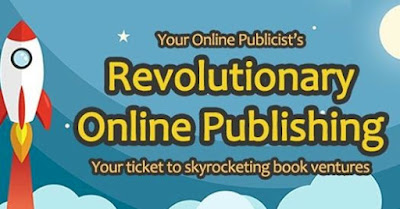 The company promises "Revolutionary Online Publishing." That claim is repeated, unexplained and a lie. There is nothing revolutionary about the company. It offers the same overpriced incompetence as its competitors.
Authors' websites are sloppy and clogged with extraneous information.

Some pages for ordering books do not exist! That doesn't happen with Amazon.
The company's publishing and website prices are absurd. It's extremely unlikely that an author can make any money using this company! Its publishing packages include an allegedly "FREE eBook copy"—but the packages cost from $6,000 to $15,000!  "FREE" is very costly.
Publicity packages are priced at $5k, $9k and $14k per year. YIKES!
I wanted to view some sample press releases, but none are provided on the company's website. I found a few releases online (two are linked here and here), but they seem to have been written by someone who has a limited familiarity with the English language.
In addition to the language problem, the releases, especially this one, were apparently written by someone with absolutely no knowledge of book publicity. A release should be written in a neutral, journalistic style to make it easy for editors and writers to use. But this one is gushing, like an amateur advertisement (with an unnecessary injection of religion). A Google test shows that the release has been ignored by all news media—certainly not the desired result for the expenditure of thousands of dollars!
The company's website has links to authors' websites, but there are many missing pages and at least one scary ACCOUNT SUSPENDED notice. That's embarrassing for the author (if anyone sees it).
The company seems to be an incompetent predator like many vanity publishers, taking advantage of ignorant writers. I am not one, fortunately.
It even wants writers to have their own bookstores. That's ridiculous. No writer's store can possibly have the traffic of Amazon, B&N or even a local independent bookseller supporting multiple authors and subjects.
The company's name is confusing and ill-chosen. Your Online Publicist seems to be more of a publisher than a publicist. Was there a translation error? The name is also inconsistent. On Facebook it calls itself "Your Online Publicity." A publisher needs to have a copyeditor, for its own work as well as its authors.
Your Online Publicist deserves to go out of business. Do not give it even one penny!

UPDATE (30 September 2020): This morning I got a call from a heavily accented woman who said her name is Meg. As usual she tried to get me to promote an ancient, obsolete book I had no interest in promoting. She said her people are "fascinated" by my writing style and I've been chosen by the company's "decision makers."

She then tried to convince me of the dubious advantages of opening my own bookstore to compete with Amazon (with a link from my Facebook page!!!), and suggested that I use the company to distribute a press release to generate interest in a book.

I asked the price for distribution and I was connected to a "senior publicist" allegedly named Brian Larsen. I asked how he got my personal unlisted number. He initially lied that it was on a press release, and then said that it is in a data base of authors (extremely unlikely).

We chatted a bit more, he looked at my website, asked a few questions, and hung up on me.
Posted by Michael N. Marcus at 5:39 AM