Sometimes type needs to YELL at readers. Sometimes rules need to be broken. 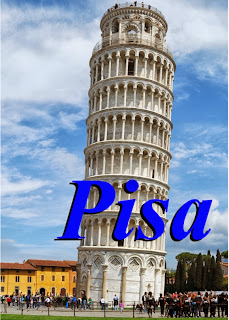 Italic type can be considered to be the opposite of roman type and it leans to the right. It leans like the Leaning Tower of Pisa—and Pisa is in Italy, where italic type originated during the Renaissance.

“Itals” have several purposes in typography. They can provide emphasis and can also highlight:
Grammar Diva Arlene Miller provides a good rule about using italics or quotation marks: "In general, big things go in italics, and parts of things go in quotation marks."

Names of books (but not “Torah,” “Bible” or “Koran”) are often put in italics. There is much disagreement about what else gets the italic treatment. See Grammar Girl.

It’s common to use italics to introduce an obscure technical term like virgule, and then switch to roman letters later on in a book or article. If I am introducing a technical term that uses ordinary words, like “breaker head,” I generally use quote marks the first time. Sadly, I am not consistent about this.

For many years, before personal computers were common, text was underlined with typewriters that could not produce italic letters for emphasis. Graphics experts frown on the use of underlines in books and recommend italics instead if you need to call attention to a word.

However, sometimes an italic word looks too weak, or doesn't look right when it’s next to a roman word. Compare these two versions of text:

In the first example, “Real” looks stronger because it’s upright and there are no strange gaps between it and the adjacent roman words because of slanted letters. I think the underlined text is fine. Some traditional typographers probably hate it and will brand me as a heretic.

[below] I'm not the only heretic. Here are pieces of two book covers with underlined text. I published one of them

If you mix italic and roman type, be careful with slanted letters W, Y, K, and sometimes M. Look at “k W” below.

[below] Be careful if you have roman and italic letters on the same line. The italics may appear shorter because they ‘lean over.’ You can experiment with slightly enlarging the itals, changing the typeface or changing cases.

[below] Sometimes I use an underline to call attention to an actual ('physical') word rather than to emphasize a concept.

With modern software and the huge variety of fonts, there is generally no need to use underlines for emphasis. When you underline a word, the line will cross through the descenders of lowercase letters g, j, p, q, and y, making an ugly word. I would hate to underline “regal” or “royal.” You can sometimes avoid the ugly problem by substituting a word that has no descenders (not always an option and you can’t alter a web address).

[below] The New York Daily News is a tabloid newspaper with a long tradition of YELLING at its readers. The paper uses lots of underlines, but cuts the lines apart to accommodate descenders and punctuation. I've never seen this technique on a book cover, but if you feel the need to create a book that yells, try it (but be prepared to be yelled at). 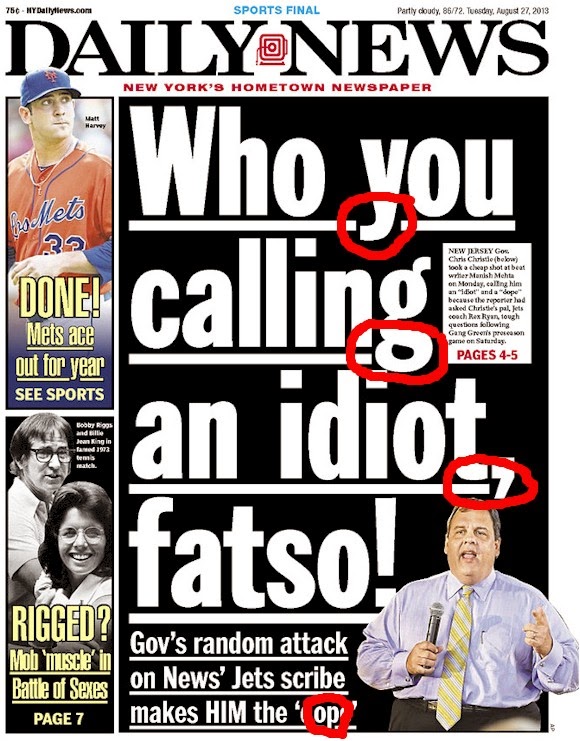 This posting is adapted from my wonderful Typography for Independent Publishers. 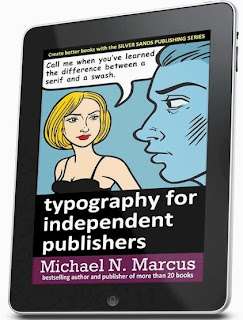