Authors: how much meddling would you tolerate from a publisher?

There are minimal barriers to entering the publishing business. Anyone with a PC and web access can declare herself to be a publisher. Self-publishing companies appear and disappear regularly.
But perhaps the weirdest publisher is Green Ivy Publishing, which recently solicited me to use its services.

A quick perusal of the company's websites shows absolutely no reason to favor it over its dozens of competitors. HOWEVER, it is uniquely heavy-handed in commanding authors how to write.

The company says it wants authors to follow the Chicago Manual of Style, and that's generally OK. However, in Green Ivy's "Advice for Writers" web page the company is both oppressive and weird, dictating style choices that should remain with authors, not publishers.

The company says that commas should be used:
The company is also weird with possessives:

Authors are also advised to "Avoid passive sentences." Literature would be boring if every sentence is active. This should be the author's choice, but an editor can provide advice. Of course, the company's own website includes passives. Haha.

The company says that authors should "Spell out whole numbers one through ninety-nine." This is an author's option. Most authors spell out one through nine. I generally spell through ten, but sometimes I go even higher. Forty-four billion may be a better choice than 44,000,000,000.

And as long as I'm being picky: 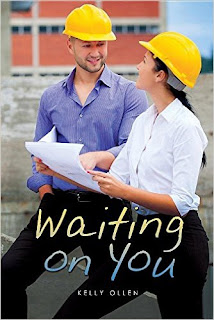