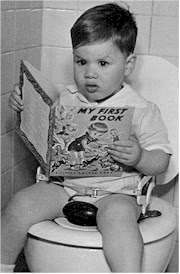 I've always had a strong (and maybe strange) reverence for books. Maybe it comes from my parents, who were avid readers. As a Jew, I am part of "the people of the book." When I was in college I sometimes spent food money on books. I was still building bookshelves two weeks before I was due to move out of my college apartment.

When I see books in the trash, I rescue them. When a friend's older brother and his buddies gathered around a barbecue grill at the end of the school year to burn their school books, I tried to rescue them, but was blocked by superior force. Assholes! 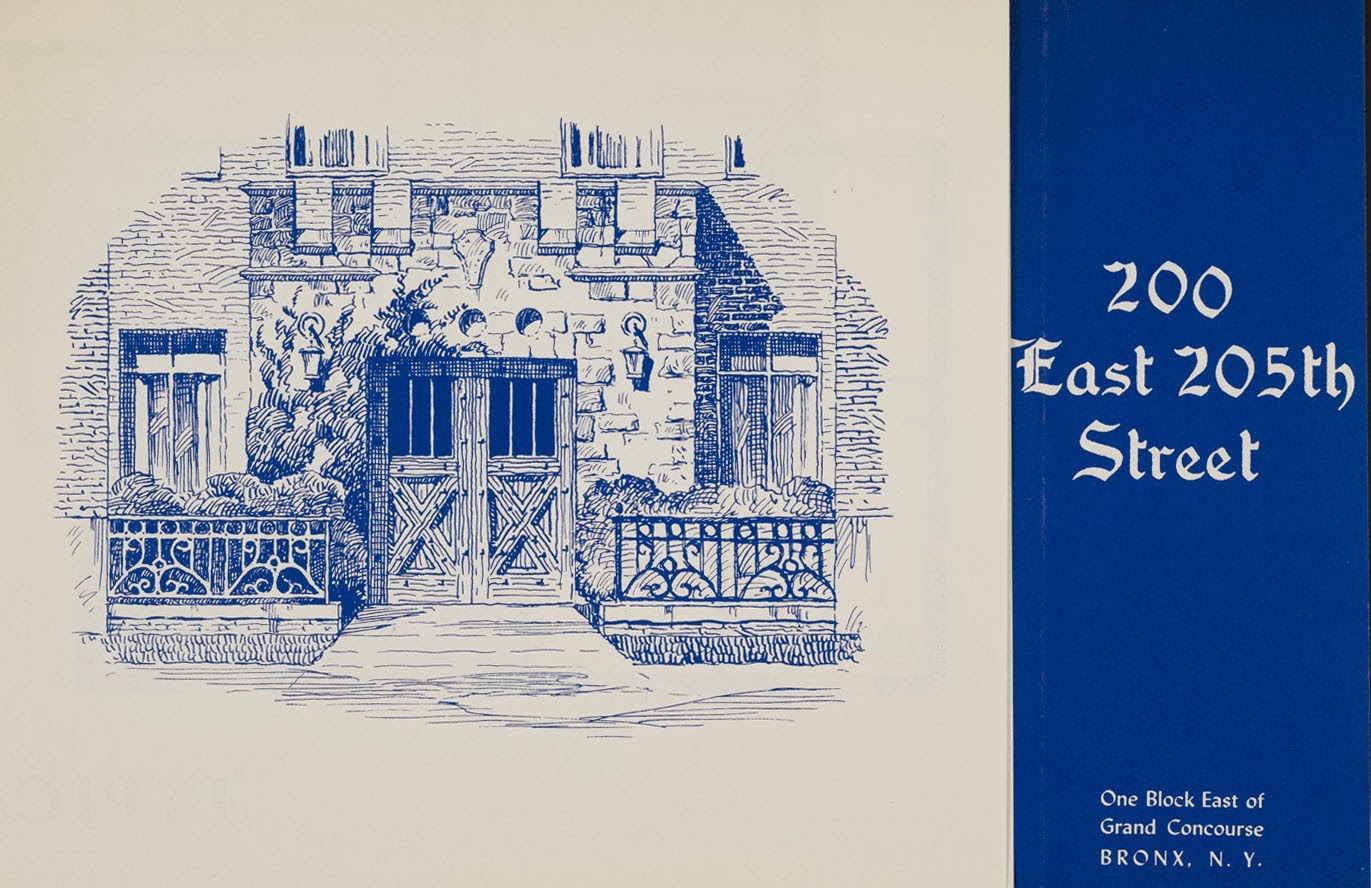 Books have always been extremely important to me. As the photo at the top shows, even as a little kid, I used the bathroom as a library so not a moment of potential reading time was wasted.

The sales brochure for the Bronx apartment my parents brought me home to in 1946 boasts of "built-in bookcases in every apartment." Now in 2016, I can visualize only two pieces of furniture from that apartment: the bunk beds I shared with my sister Meryl, and a mahogany bookshelf that later moved with us to other homes.

As a child with an early bedtime, I read books by flashlight under the blanket. Even now, I share my bed with my wife and often a pbook or my iPad or Kindle Fire. 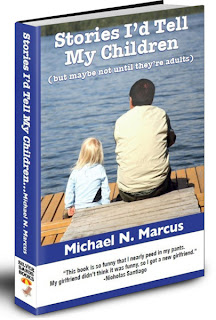 After writing paperbacks since 1977 and ebooks since 2009, I decided to publish my first hardcover in 2011, a new format for my "stories" book. It evokes new emotions from me. The book feels very good. It looks beautiful, with a glossy dust jacket and the title and my name stamped in bright golden ink on the cloth covering the binding.

I got the idea to write this book way back when I was 11 or 12. I'll probably become 71 next Spring. I'm not sure if this book represents my life's work, but if it does, that's OK with me. I'm very proud of the book (I've never thought that pride is sinful).  I honestly think it's a very good book and fortunately, so do the reviewers.


Hardcovers make more impressive gifts than paperbacks and maybe they'll even impress book reviewers who would ignore a paperback.

My hardcover book seems so much more "real" than other formats. I'm almost in awe of it and didn’t want to mark up the first proof with a red pen as I do with my paperback proofs. It would seem like defacing a library book -- and that's a sin.
Posted by Michael N. Marcus at 10:00 AM