Writers must be aware of possible copyright infringement. Melania Trump's speech was a federal crime. 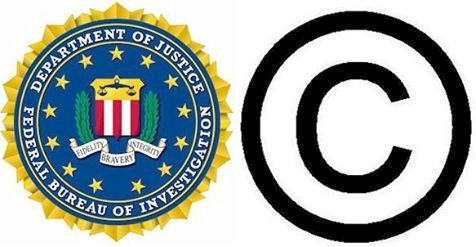 If you read this, maybe you'll understand plagiarism better than Paul Manafort, Katrina Pierson and the other lying, ignorant sycophants who are paid by Donny Trump. 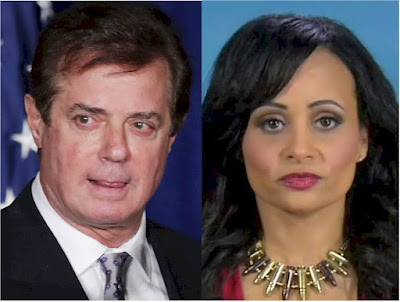 (1) A lot of outrage has been directed toward journalists who criticized Melania's speech and labeled it plagiarism. They've been accused of 'making a big deal' out of nothing. It's much more than nothing. Journalists and other writers are particularly sensitive to plagiarism. The unique sequences of words that we devise are as personal as our homes, cars, furniture, recipes, art and children. They are our "intellectual property" and no on_ has the right to grab them, modify them and use them without our permission.
(2) A unique sequence of words is covered by copyright -- a Federal protection -- from the moment those words leave the mouth or fingertips and are attached to paper, plastic, cardboard, a hard drive or anything. A literary work (even a three-word slogan) gets immediate protection. It does not have to registered to be protection, but copyright registration does provide additional benefits if there is a copyright violation.
(3) The copyright (i.e., the right to copy) belongs to the creator of the work. The copyright may be transferred to another person or entity. The transfer may be explicit (with a contract and possibly a payment) or implicit as when a writer works for a magazine, TV station, political campaign or advertising agency.
(4) Copyright protection is part of American federal law and is common in other countries.
(5) In the USA, criminal copyright infringement, including infringement without monetary gain, is investigated by the FBI and is punishable by up to FIVE YEARS IN FEDERAL PRISON and a $250,000 fine.
(6) Sadly, despite its warning, the FBI seldom gets involved in copyright cases. Any time I've reported infringement I was told to hire a lawyer.
(7) The Internet makes it very easy to plagiarize and to detect plagiarism. Some word sequences, such as "I ate lunch" and cliches like "fat ass" show up millions of times online. It's unlikely that any writer would sue if someone else used those word sequences.
(8) However, a search for the sequence "Early on a Saturday morning in the summer of 2010, I received an alarming call from an old friend" shows only a book I wrote.
(9) My words have been ripped off more than 100 times that I know of (I stopped counting). A word search makes it so easy to catch plagiarists and a thief of intellectual property has to be extra-stupid to try it. I used to send this to thieves of my work: "It take a big balls to steal other people's words. It takes a small brain to display the stolen property where millions can see it." Plagiarizing in the 21st century is analogous to stealing your next-door neighbor's car and then moronically parking it in your driveway.
(10) Confession Time: I plagiarized once. In my first semester as a journalism major at Lehigh back in 1965 I had to write an article about a baseball game. I was not then and am not now a baseball fan. I knew very few of the traditional synonyms to describe what a batter does to a ball. In an effort to improve my sports report, I read a published article about the game and copied a few phrases. My professor caught me and justifiable gave me an "F" for the assignment.
(11) In an earlier version of this posting I said that "Melania does not deserve an "F" for the speech she delivered last night. I don't think she should be fired, imprisoned or fined. The speechwriter, however, did violate a federal law and should be dealt with severely. The Trump campaign is constantly attacking Hillary for being "untrustworthy." Clearly the Trump staff should not be trusted, either. UPDATE: NBC News and the New York Times reported that the plagiarized text was not in the speech produced by Matthew Scully and John McConnell, writers hired by the campaign. So it's possible that Melania or someone else is the crook. ANOTHER UPDATE: The Washington Post reported: "Meredith McIver, an employee valued by Donald Trump for her discretion and writing, took responsibility Wednesday for the plagiarized portions of Melania’s Trump’s speech to the Republican National Convention, thrusting a little-known loyalist into the spotlight she had long avoided. But she wasn’t fired."

(12) Finally, there is something fundamentally dishonest about paying a speechwriter. If a politician, religious leader or business person is not articulate enough to write a speech, she or he should not make a speech. It's fine to hire someone to edit and fine-tune a speech (or a book) but the bulk of the work should come from the mind of the person speaking. 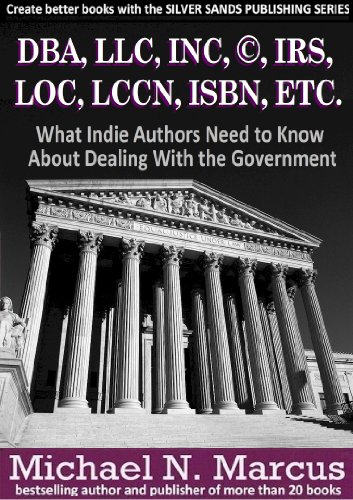 There's more about copyrighting in my book, DBA, LLC, INC, ©, IRS, LOC, LCCN, ISBN, ETC.: What Indie Authors Need to Know About Dealing With the Government
Posted by Michael N. Marcus at 5:37 AM