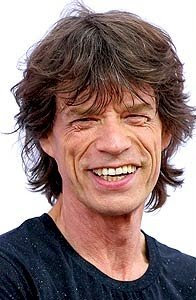 For many years there have been ads in magazines aimed at writers with headlines like “For the writer in search of a publisher," “We want to read your book,” “Manuscripts wanted” and “Authors wanted.” The ads and affiliated websites promise to enable you to become a “published author.”

The ads are not from traditional publishers or from literary agents, but from companies that use the author’s money to produce, promote and distribute the books.

Until recently, those companies received little respect and much derision. They often called themselves "subsidy publishers" and others often cynically called them "vanity publishers."

Both terms have largely disappeared, having been replaced by the somewhat inaccurate "self-publishing company." (I spent a year arguing that the term made no sense, but I gave up. I more quickly learned not to pee into the wind or to argue with cops.)

Behemoth pay-to-publish company Author Solutions perverts the English language in another way, calling itself "A World Leader in Indie Publishing." If your book is published by any of its growing number of brands, you are not "indie."

There is only one customer a self-publishing company or mislabeled indie publisher is interested in selling to — the author/customer. A "non-vanity publisher," whether a one-person self-publisher or a giant like Random House, hopes to sell books to thousands or millions of readers. Companies like Random House don’t have to advertise to attract writers and receive manuscripts.

The word “vanity” implies excessive pride in one’s appearance, qualities, abilities, achievements and appeal. Vanity has been considered a sin. It can lead to wasted resources and wasted lives.
Most people seem to like themselves. There are gradations in vanity, ranging from justified confidence to outrageous, obnoxious egomania.


In You’re So Vain, Carly Simon wrote and sang possibly about Mick Jagger: “You walked into the party… You had one eye on the mirror… And all the girls dreamed that they'd be your partner… You're so vain you probably think this song is about you.”

(from Wikipedia) In November 2015, Simon, promoting her about-to-be-published memoir, said, "I have confirmed that the second verse is Warren (Beatty)," and added that while "Warren thinks the whole thing is about him," he is the subject only of that verse, with the remainder of the song referring to two other, still-unnamed men.


Although not always true (and less true now in 2016 than way back in 2005), a book published by a self-publishing company is often assumed to have been rejected as unworthy of publication by traditional publishers.

Here’s another way of looking at vanity and publishing: Maybe the most vain writers are those who will delay publication for years or decades in hope of getting accepted by a traditional publisher instead of quickly self-publishing, reaching the public and maybe making some money.
Posted by Michael N. Marcus at 10:23 AM