Do you know why an ebook is like Pizza Hut pizza?

According to a "study" published by USA Today three of the nation's best pizza joints are located on one street (Wooster Street) in the city of New Haven.

Some of our local pizzerias have been owned by the same families for two or three generations, and new ones seem to open every few weeks. Because of the loyalty of the locals it has been hard for the national chains, which have been so successful elsewhere, to build business here. 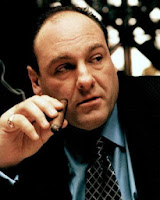 Apparently Pizza Hut, Little Caesar's and Domino's have dispensations from the Pope or from il Capo di Tutti Capi ("boss of all bosses" in the Mafia), and are open seven days a week. This means that locals who must have something vaguely pizza-like on the first workday of the week, will go to the Hut, Caesar's or Dom's on that day -- but probably not on other days.

On all days of the week, the pizza chains serve customers who have recently moved from places like Kentucky or Utah and don't know what real pizza is supposed to look and taste like.

I really enjoy the convenience of ebooks. I am currently having a great time reading Voices in the Ocean on three PCs, my Kindle Fire, my iPad and my phone. I hate the silly hyphenation, but love that Jeff Bezos keeps track of my reading progress and "opens" the ebook to the right page no matter which device I use to read it with.

(photos from http://www.foodgps.com/ and Domino's)
Posted by Michael N. Marcus at 5:21 AM