I've used this blog to explore and expose the incompetence and sleaziness of self-publishing services, particularly Outskirts Press, PublishAmerica and Author Solutions.

I recently discovered what seems to be blatant crime: unauthorized distribution of copyrighted books and failure to pay publishers and authors for their work. The alleged perpetrator is Playster.

I operate a tiny publishing company, Silver Sands Books. I formed it in in 2008 with the intention to publish exactly one book, but the total is now over 40.

Playster (with a name that seems deliberately chosen to invoke the spirit of notorious music pirate Napster) says: "Playster is the world's first all-inclusive online entertainment service, bringing together music, movies, books and games into a single subscription. The service boasts millions of titles in all genres across every media platform, from timeless classics to the newest blockbusters. Playster's extensive media library gives users instant, unrestricted access to a wide variety of relevant and exciting titles from anywhere in the world."
Playster is too new for Wikipedia to have included it, but the Google bots are crawling its pages. I have Google Alerts for most of my book titles (and you should do it, too).

The following recently arrived in my email inbox:

This was surprising and confusing. Why would a company try to sell PDF files of the hardcover edition of my memoir, Stories I'd Tell My Children (but maybe not until they're adults)?

The book is readily available in multiple "flowable" ebook formats, so why would Playster try to sell the less-desirable PDF?

The PDF was produced in our own office and then sent to printer/distributor Lightning Source. If Playster is selling a PDF ebook, that implies either a theft of the PDF file we produced, or unauthorized scanning of a hardcover.

I clicked on both email links and was taken to the following web page: 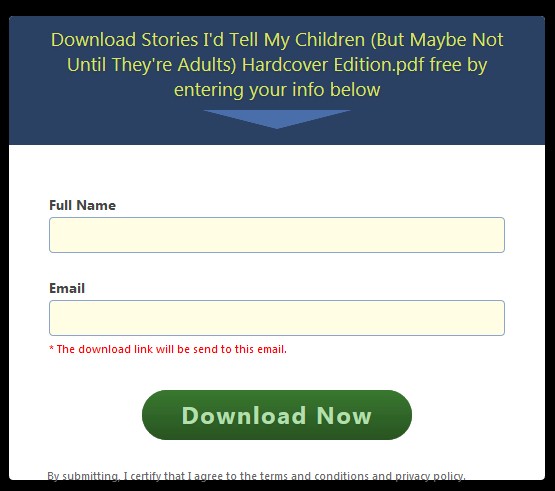 By submitting, I certified that I agree to the terms and conditions and privacy policy, but I had no opportunity to read them before submitting. I reached the following screen: 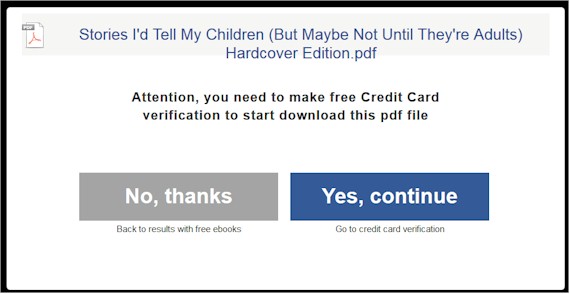 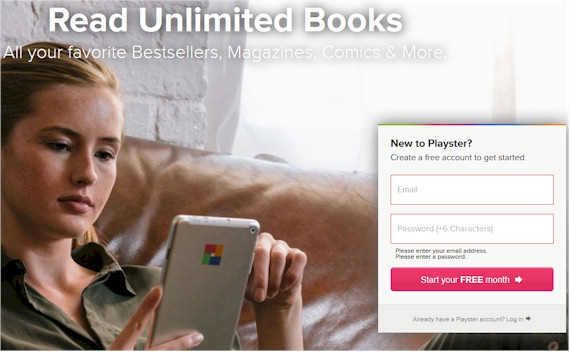 I was now on the website of a bookseller I had never heard of, that was apparently trying to sell my books. I was curious and sent a total of five emails to various parts of the company over seven days. I asked a simple question: "How do publishers get paid for the books you sell?" I received a useless response telling me that deals with publishers are confidential. I sent two more emails detailing my suspicion of copyright violation and received merely an automated acknowledgment of my email.

I signed up for a trial membership. After the one-month trial, the fee is $9.95 per month for "unlimited books." After providing my credit card info I was asked to make a contribution to UNICEF. That's nice, but I'd be more impressed if Playster made the donation, not its customers.

Next came this sales pitch: "Congratulations, you've got 100,000+ books! Why not add games, music, movies for just $24.95/mth? By upgrading you'll get the full Playster experience." I deleted the provided check mark and moved on.

Next came another upgrade opportunity, and finally the chance to buy books. Playster was pushing NY Times bestsellers, with nice cover illustrations. Some of the books were decades old and some may never have made it onto the Times list.

I added Sh*t My Dad Says to my library but saw no need to get another copy of my own book.

(1) Still no response from Playster.
(2) I got an email promoting another book I published, with a link to Playster:

(3) I got another email promoting my "Stories" book, but this time it includes some text about a book I reviewed. 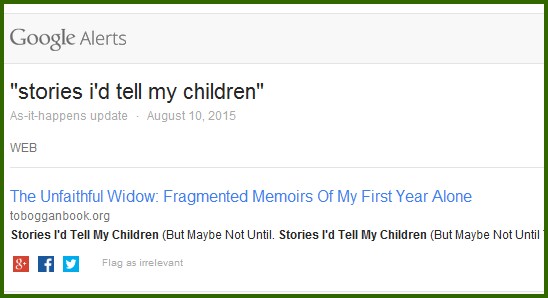 I finally got a response and apology from Playster.

Businesses -- especially new businesses -- make mistakes. That's natural and normal. One mistake that's made by too many businesses of all ages and sizes is to ignore or to delay responses to problems.

General Motors ignored reports ("Unsafe at any Speed") about the handling of the Corvair. Ford ignored reports about dangerous Pinto gas tanks. Both car brands are long gone.

Perrier delayed responding to claims that benzine was in its bottled water, and people drank contaminated Perrier for months before Perrier issued a recall. The company's reputation was hurt greatly.

OTOH, in 1993 Pepsi immediately and boldly reacted to reports of product tampering and achieved strong media coverage and public support. The reports were hoaxes and the trouble was over in two weeks.

In 1982 Johnson & Johnson was faced with a much bigger problem: seven people in Chicago died after taking poisoned Extra-Strength Tylenol. J&J responded immediately and proved that the poison was added to the products in retail stores, and that there was nothing wrong with the manufacturing process. Several important media experts predicted that the Tylenol brand was dead, but J&J's rapid and proactive intervention saved the brand, which is an extremely popular painkiller today.


I drink Pepsi and use Extra-Strength Tylenol, and recommend following their makers' examples in crisis management. If you wait until the bad news blows over, you may blow over, too.

If I had gotten a quick response from Playster, I might never have published this blog post.