I don't always use this blog to bitch about shitty writing.
Today I praise a superb subhead.
Yeah, a subhead.

A book's subtitle is an amplification of the title. It says more than can be squeezed into a few words of large type. It helps sell the book to potential readers and often includes "key words" specifically chosen to attract people using search engines to find those words.

In journalism -- either on paper or online -- a subhead ("sub-headline") serves a similar purpose.

Sometime the writer of an article suggests a headline and subhead, but it may be edited or even conceived by the copyeditor.

Headlines are tougher to write than subheads because they often have very restrictive spaces to hold them. I remember struggling to write "heads" that fit in a magazine column that was just 2-1/4 inches wide at my first job as assistant editor of High Fidelity Trade News in 1969.

While the subhead is mostly utilitarian, sometimes it becomes great literature, like the following from Slate. I don't know who wrote it, but I honor that person.

There is a cost to being perpetually outraged. We have nothing left when something genuinely terrible is exposed. 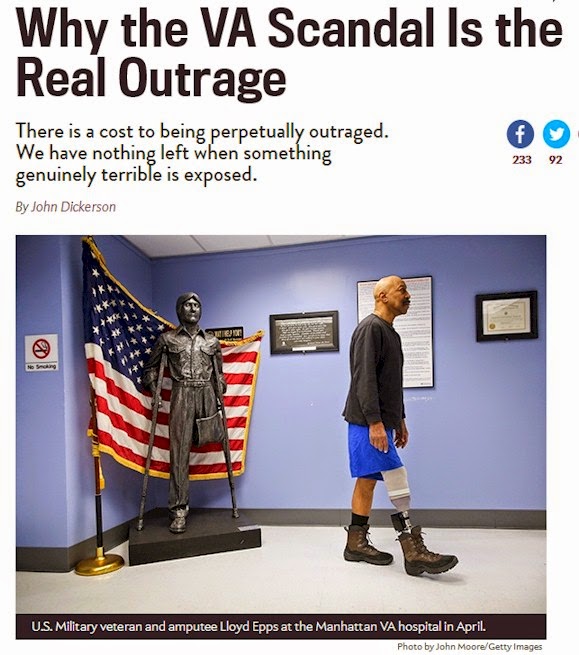 (For those of you who complain that I use this blog just to complain: I don't.)