Authors should understand the language of type

[above] A typeface is a distinctive type design, often named after its designer such as Goudy, Caslon or Lubalin. Sometimes a typeface is named to honor a person, place or event. Some names imply a mood or genre.  “Harlow” implies glamor. “Asylum,” “Trashco” and “You Murderer” do not. Typefaces named “Goofball” or “Comic” are probably not suitable for the annual report of an insurance company. Strangely, “Grotesk” type actually looks nice.

[above] The varieties within each face, such as bold, italic and roman (i.e., not italic) are fonts. Rockwell is a typeface. Rockwell bold is a font. Sometimes “font” is used to mean all of the varieties within a typeface (e.g., “The Rockwell font has 832 characters.”) — or even the typeface itself. The terms “font” and “typeface” seem to be merging.


Millions of people who probably never thought much about "typefaces" have to make daily decisions about "fonts" because of the ubiquity of computers, e-readers and tablets. “Font” takes up less space than “typeface,” and spatial efficiency is important on a small screen.

[below] Lots of software, including Microsoft Word and CorelDraw call typefaces “fonts.” It’s probably an irreversible trend. Adobe sometimes uses “font” to mean “typeface,” but also explains the difference between the terms. 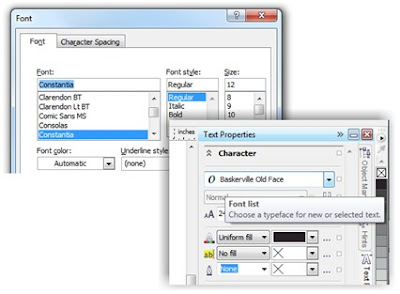 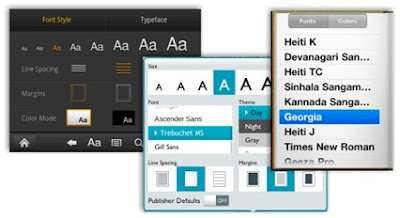 A letterform is the shape of a letter, but it can have several more specific meanings:

Glyph rhymes with “stiff” and is related to “hieroglyph” and comes from the Greek word for “engrave.” It may be used to mean the same thing as a character or a general letterform. I prefer to think of a glyph as a specific letterform — the shape that represents a character in a specific typeface.

This material is adapted from my The One Buck Indie Author's Type Book.

It costs two bucks, and is worth much more. 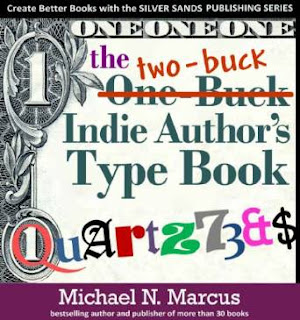