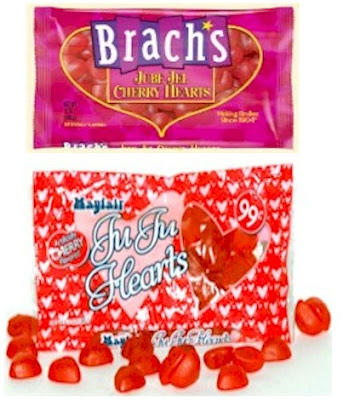 For those of you who were expecting this a month ago, I apologize for the delay.

The 2015 JuJu Heart crop was slow to be harvested. I awaited samples of the new vintage from the usual sources, but some never appeared. So, with Valentine's Day nearly here, I'll tell you what I found.

Even though I'm writing this between snowstorms, I know that spring is coming. 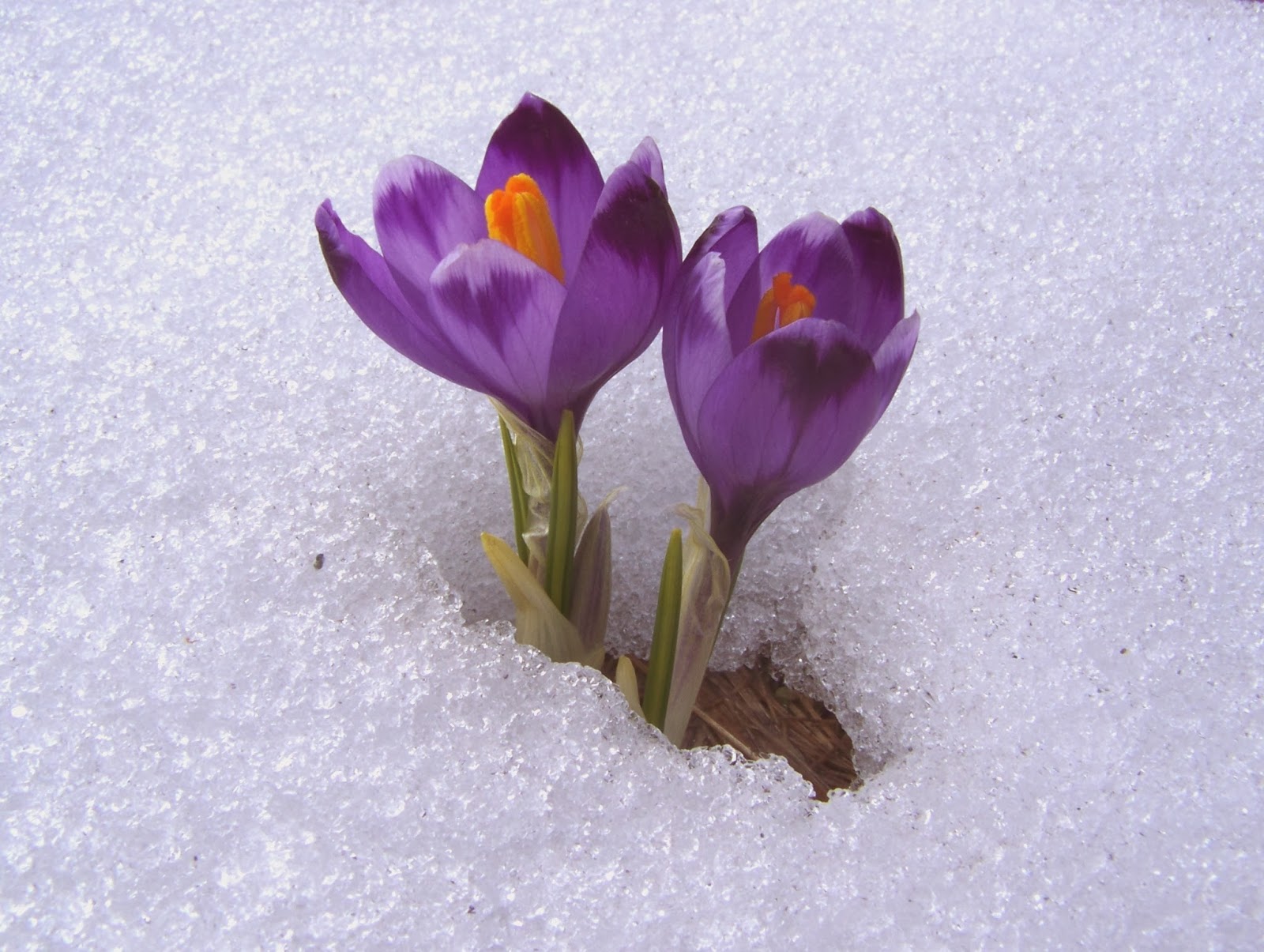 Each day we get a few more minutes of daylight. Five p.m. now comes during the day, not at night. The earth is warming. Crocuses will be popping in a few days.


The best thing about this time of can be found in chain drugstores like Rite Aid. That's where you can get JuJu Hearts, the magical chewy-gooey red cherry candies I've been addicted to since babyhood. If I close my eyes when I open the package, the sweet aroma transports me to Cherry Blossom Time in Washington DC -- or at least to my grandmother's apartment in the Bronx. 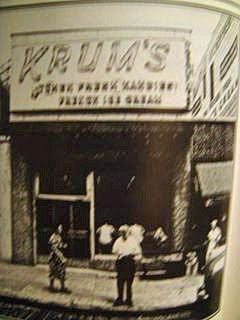 When I was a kid, my Grandma 'Del' would buy pounds and pounds from Krum's -- the pre-eminent candy store in the Bronx, or maybe in the world.

Krum's was famous for its candies and ice cream sodas, and used to be on the Grand Concourse between 188th Street and Fordham Road. In the front of the store was a huge display case of chocolates and other candies, and farther back you could sit and slurp. The landmark Loew's Paradise Theater was across the street, and before McDonalds and Taco Bell came to town, teenagers went to Krum's for a post-picture snack. 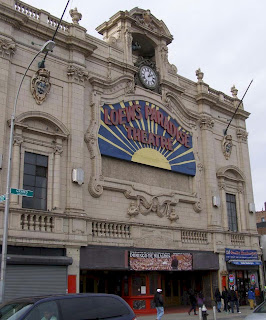 In most years, we get a bit less for our money, but addicts don't care about the cost of their fix.

My first fixes of 2012 and 2013 were at CVS, which had their own brand on small expensive packages. When I opened a bag, it smelled a bit too sweet. The candy also tasted a bit too sweet, and was too sticky. I quickly adjusted. This year CVS offers only sugar-coated gooey hearts, and cinnamon-cherry gooey hearts, not traditional JuJus. No thanks.

When I checked, Walgreen's this year had nothing suitable. Neither did Walmart.

For the second consecutive year, Rite-Aid is once again selling JuJus with the "Brach's"  brand -- which now belongs to candy giant Farley's and Sathers. F&S now supplies such vital foods as Chuckles, Jujyfruits and Jujubes. The product name has morphed, too. It's now "Jube Jel Cherry Hearts." It gets an A minus. The A grade is reserved for Krum's, which theoretically will never be equaled.

The Brach's taste and texture are nearly perfect -- a bit chewier than the 2012 vintage and just a tad sweeter than the 2010 vintage, but not as sweet as 2011. (I have samples preserved in my freezer.) There was none of the weird smell I couldn't identify when I first opened the bag or waxy texture of 2012.

Stop & Shop strangely had two very different offerings for 2013 but had none when I checked this year.

Some basics: JuJu/Jube Jel Hearts' taste and texture are unique: sweeter and softer than red hot dollars, but not as sweet or slimy as Gummi bears or worms.
Strangely, the JuJu/Jube Jel Heart formula doesn't seem to be used for anything else, at any other time of year -- not even for JuJubes or Jujyfruits. But that's OK. JuJu Heart season is only a little longer than the bloom of the Cherry Blossom. The rarity makes them more special, and less destructive to teeth and glucose levels... and freezers make it possible to prolong the pleasure. 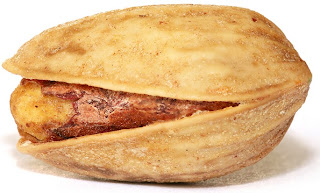 
You can get JuJu Hearts online at Candy Favorites. I have not tasted them. Amazon offers several varieties.