(1) At one meeting some of us stood behind cardboard 'rocks' and held up a flag to re-enact the Iwo Jima flag-raising scene.

(4) The lowest rank in Cub Scouting is Bobcat. Every Cub starts as a Bobcat. You can't be a Cub Scout and not be at least a Bobcat. A Bobcat is lower than a Wolf or a Bear. A Bobcat doesn't have to start a fire by rubbing two sticks together, build a crystal radio, bandage a wound, walk on snowshoes or help an old lady cross the street. To be a Bobcat a kid has to learn and say the Cub Scout motto, promise and the Law of the Pack -- and tell what they mean; show the Cub Scout sign, salute and handshake -- and tell what they mean; and show that he understands and believes that it is important to be honest and trustworthy. 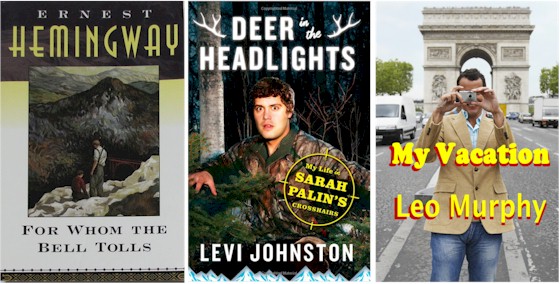 
(By the way, it means almost nothing to say you're a bestselling author -- but I'm one.)