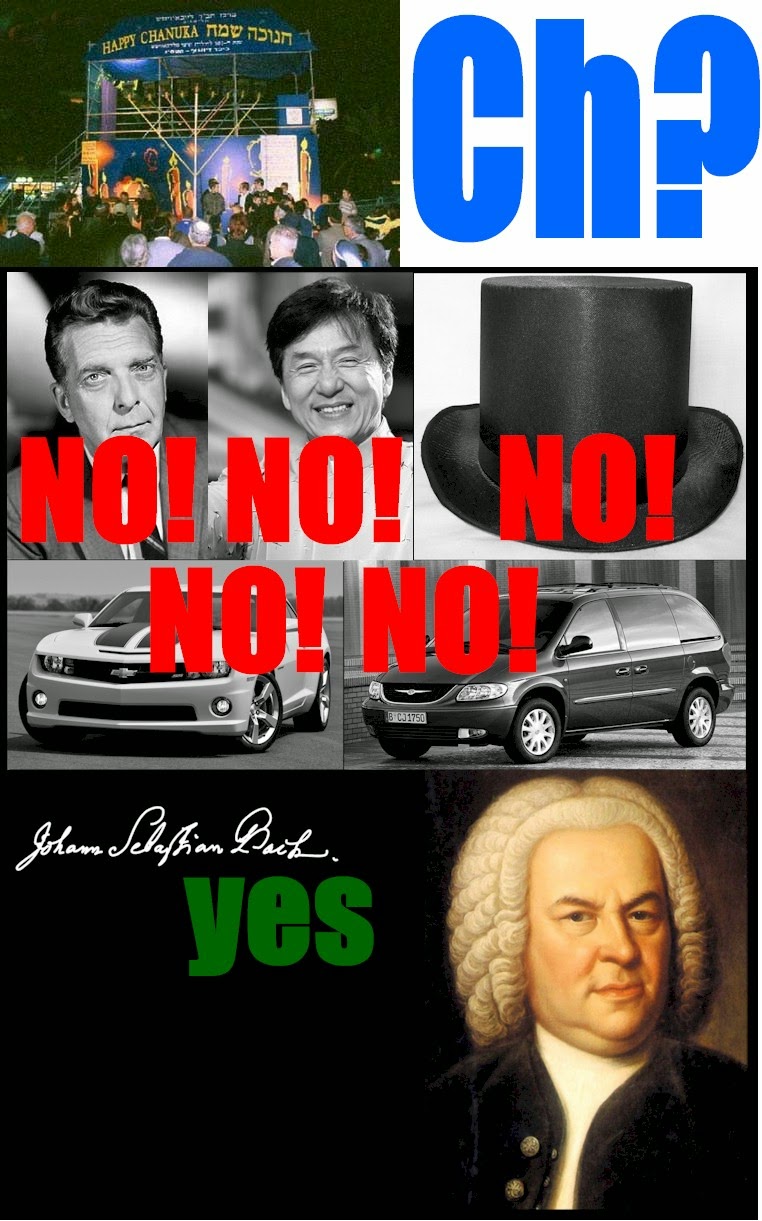 And now, while western civilization is once again debating "Merry Christmas" v. "Happy Holidays," Michael declares the right way (or two right ways) to spell the name of the Jewish "festival of lights" in English.
- - - - -
As a language maven and a nitpicker I have long been pissed off by the multiple efforts to transliterate the Hebrew word חֲנֻכָּה into English.
Transliteration is often a tough task, but it's often necessary. Problems are caused by the unavailability of an appropriate English letter, and by multiple pronunciations of the same English letter or combination of letters ("digraph"). The beginning of חֲנֻכָּה suffers from both problems.
The first letter of the Hebrew word for the holiday is called "chet." It is not pronounced like the first name of deceased NBC newsman Chet Huntley. The "ch" sounds like you're clearing your throat. It's not like the "ch" in "Chevrolet," "Chrysler" or "chair." The sound is common in Hebrew, Yiddish and German.
You probably say it without thinking in the name of Johann Sebastian Bach (not "back," "bash," "batch" or "bock"), and in the "ich" sound you make when encountering something really disgusting.
In Hebrew written for beginners, vowels are presented as diacritical marks (little symbols under or adjacent to a letter). The vowel under the letter for "ch" is pronounced like the "a" in "far."
The second letter in the Hebrew word (Hebrew is written and read from right to left) makes the "n" sound and its vowel indicates "oo." It could be transliterated as "noo," "new" or "nu" (as in "numeral," nut "number"). While the Hebrew vowel indicates "oo," the English pronunciation is usually the most common English vowel sound: "uh" -- like the "u" in "butter"
The third letter and its vowel sound like the "ca" in "car." It's commonly written as "ka" and I'm willing to go along.
The fourth and final letter causes a problem for me. It's the Hebrew equivalent of the English "h" and is silent, like the "h" in "bah." There is no need for it in an English transliteration but it's an accurate representation of the original Hebrew.
"Chanuka" works just fine, and starting today that's how I will spell it. "Chanukah" is too long by one letter, but doesn't piss me off too much. It has about 7 million Google links. It's used on some -- but not all -- cards from American Greetings. It's also used by the UK's Times newspaper -- but only sometimes. 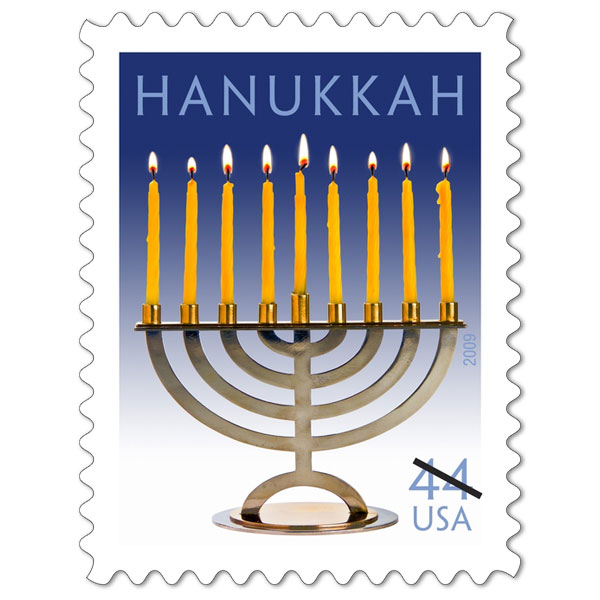 The dominant and stupid version of the holiday's name is "Hanukkah" (Wikipedia, Adam Sandler, the White House, the USPS, the New York Times, Hallmark Cards and American Greetings, sometimes). It has about 22 million Google links.
The "H" at the beginning is simply inaccurate. It's Hebrew for dummies, dammit. The doubled "k" is Hebrew _from_ dummies. Unlike the initial "H," the final "h" is true to the Hebrew -- but it's superfluous in English.
"Hannukka" eliminates the silly final "h" but maintains the inaccurate initial "H" and stupidly doubles both the "n" and the "k." Wikipedia shows more than 21,00 links for this aberration, including the Facebook page for the Israeli army. Fortunately, they fight better than they spell.
Other strange variations include Channukkah and Hanooka.
The favorite sport of Jewish people is disagreement, and disagreeing about spelling and other aspects of language is normal. Oy!
Posted by Michael N. Marcus at 7:23 AM