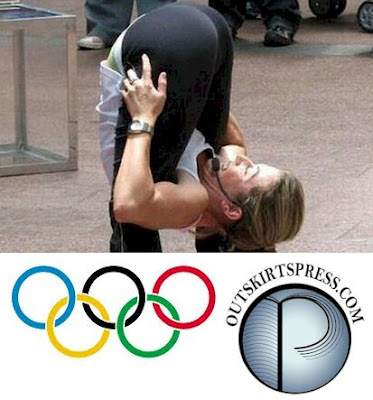 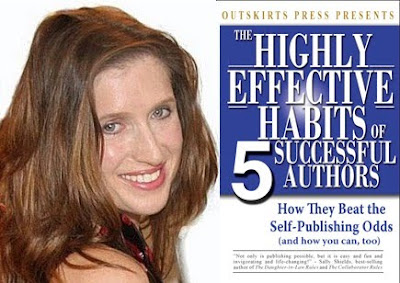 In the past I complained about mutual ass-kissing in the publishing business, where authors write complimentary blurbs for each other.

I also complained about a book that uses a blurb from an executive at its publishing company, and contains glowing reviews for authors who supplied blurbs.

And I criticized an author whose Amazon page includes a review from her editor.

But just when I thought I'd seen the lowest depth of literary corruption hell, I discovered something from even farther down. Not surprisingly, it involves dishonest and inept Outskirts Press.

Outskirts published the Highly Effective Habits of 5 Successful Authors (with Sally Shields identified as one author). Its subtitle is: "How They Beat the Self-Publishing Odds, and How You Can, Too (and How to Publish a Book and Excel at Book Marketing)."

The skimpy 100-page paperback with the absurdly long subtitle sells for $9.87.  An ebook version is priced at 99 cents. The book is intended to help Outskirts sell publishing contracts to writers.

Not only did Sally write part of the book, she is a featured character within the book!

Depending on your outlook on such things, the title is either an homage to -- or a ripoff of -- The Seven Habits of Highly Effective People, a self-help book by Stephen R. Covey.

The Outskirts book had a five star review on Amazon.com from Sally Shields. The review was apparently dumped by Amazon since I originally complained.

Sally says, "This book is really inspiring for anyone that has a book in their heart! Although getting published may seem like an insurmountable obstacle at the beginning, this book profiles 5 people who overcame any objections and created a book and followed their dreams! Learn what these 5 authors did - all in their own styles, to get their messages out into the world. You will laugh and cry reading about how both having a passion for your topic and a sincere desire to help others can propel one towards your own dream of authorship. This book is a reminder that we can all do it - by simply doing the little seemingly insignificant things each day that can eventually bloom into a pond that is filled with beautiful water-lilies - that will eventually be your book, and more importantly, your message to the world, and even, your legacy! "

There are three problems with the review:
Sally wants people to buy her home-study course: "Sally's Publicity Secrets Revealed." It appears that one of Sally's special secrets is to write positive reviews about books that tell about how wonderful she is. 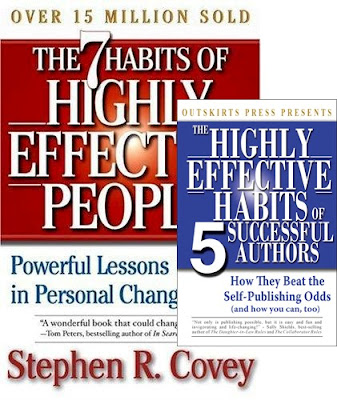 Both the title and the cover design of the Outskirts book were copied from the Covey book. Some lawyers should be very busy.


UPDATE: Ronnie Lee, one of the other Outskirts authors included in the book, wrote an Amazon five-star review for a book he wrote. Is there a pattern here? Is the Outskirts sleaze infectious?


(Ass kiss photo from stanleyrumm.com. Thanks)
Posted by Michael N. Marcus at 11:06 AM