District of WHAT? United States of WHICH? 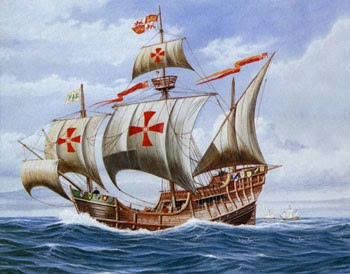 In the United States of America, today is a holiday, "Columbus Day."
Instead he bumped into the western hemisphere and eventually increased awareness of the west by Europeans who eventually dominated the Americas. 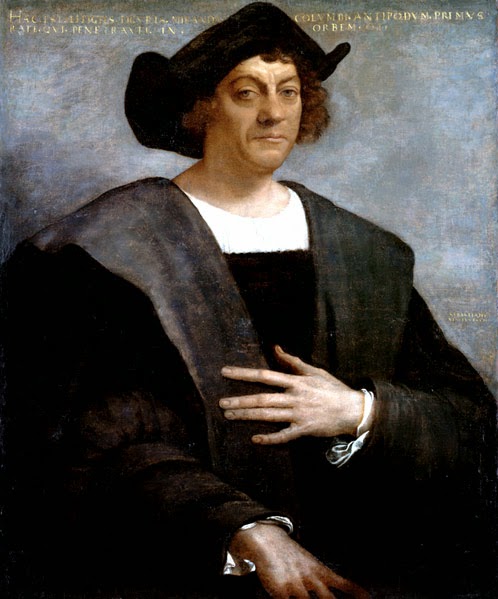 Chris (a.k.a. "Cristoforo Colombo" in Italian and "Cristóbal Colón" in Spanish) made four transatlantic crossings, but never reached India.

After crossing the Atlantic, he first set foot on an island in the Bahamas -- not in Columbia, Mayland or Columbus, Ohio or even Columbus Circle in Manhattan or Colombia (not "Columbia") in South America.

Despite what many children are taught in school, Christopher Columbus did not "discover" America in 1492.

Other Europeans (Vikings in the 11th century) were in North America before Chris. Many thousands of years earlier, Asians apparently migrated from what is now Siberia to what is now Alaska, and gradually moved south and evolved into the "Indians" who were encountered by Chris and his crew.

There are also theories that South America was visited by Pacific islanders and Africans.

Many places, Columbia University, CBS (originally the Columbia Broadcasting System), spacecraft and boats and ships were named to honor Columbus.

When what is now the USA was being formed, some folks favored naming the new country after Columbus, and if they dominated the debate we could be living in the United States of Columbus. 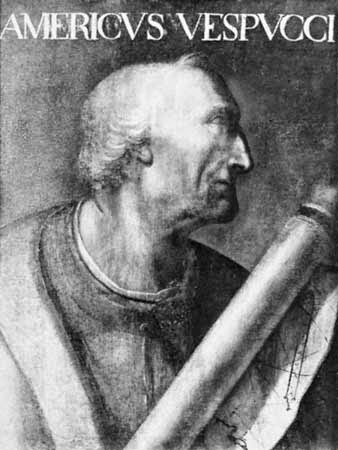 Instead, we got the A-word, to honor another Italian explorer, Amerigo Vespucci, who explored what is now South America in several voyages between 1499 and 1502. He traveled on ships financed by Portugal, and Brazil became a Portuguese colony.

Although Amerigo (Americus in Latin) never reached North America, he did provide the name for the U.S. of A.

I have no idea why German map maker Martin Waldseemüller named the western hemisphere "America" instead of "Vespucci" in 1507.

After our new nation got its new name, it needed a name for its capital city. This, too, was the subject of debate, and we ended up with the cumbersome "Washington, District of Columbia," which honors both the father of our country and the guy who thought he found "Indians."

In its website, the capital calls itself the "District of Columbia," even though most citizens of the USA refer to the city as "Washington." When I last checked, the home page had many references to "DC," but I could not find even one "Washington."

And today, in honor of Chris I will clean my garage (I anticipate some amazing discoveries) and then go to Petco and then eat pizza for lunch.

In fourteen hundred ninety-two
Columbus sailed the ocean blue .
He had three ships and left from Spain;
He sailed through sunshine, wind and rain .
He sailed by night; he sailed by day;
He used the stars to find his way .
A compass also helped him know
How to find the way to go .
Ninety sailors were on board;
Some men worked while others snored .
Then the workers went to sleep;
And others watched the ocean deep .
Day after day they looked for land;
They dreamed of trees and rocks and sand .
October 12 their dream came true,
You never saw a happier crew !
“Indians! Indians!” Columbus cried;
His heart was filled with joyful pride .
But “India” the land was not;
It was the Bahamas, and it was hot .
The Arakawa natives were very nice;
They gave the sailors food and spice .
Columbus sailed on to find some gold
To bring back home, as he’d been told .
He made the trip again and again,
Trading gold to bring to Spain .
The first American? No, not quite.
But Columbus was brave, and he was bright .
Poem taken from www.teachingheart.net/columbus.htm