The least meaningful word in the English language 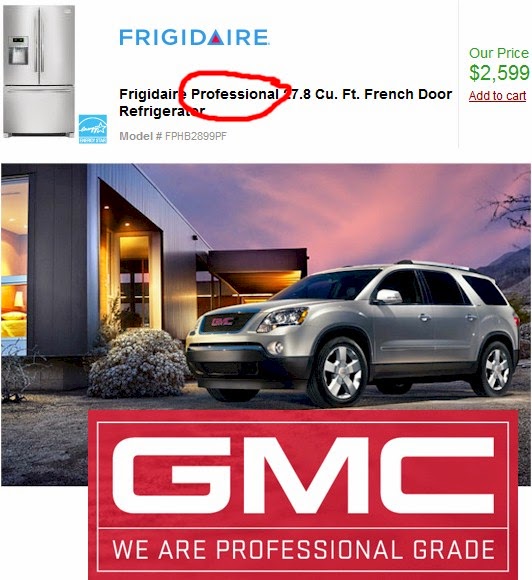 A few days ago I saw a TV commercial for a "professional" refrigerator. The appliance was good-looking and expensive, but probably not intended for people who make their living storing lamb chops and manufacturing ice cubes.

Then I saw an ad for a GMC "Professional Grade" SUV. Is it intended for mommies who are paid to schlep their children to school, ballet lessons and soccer practice?

This rampant professionalism reminded me of an unpleasant experience I had at the end of the 20th century.

In the 1990s I lived in a townhouse condominium in Westchester County, New York. I was one of the original residents, and had moved there in 1978.
When the place was built, the builder, like other builders, needed to establish rules and regulations. He apparently went to an office supply store and paid a few bucks for an all-purpose document written by a lawyer who never lived in our condomin­ium, never knew the people who would live there, and certainly had no idea how society would evolve over the following decades.
One important way that society did evolve was the emergence and popularity of the “home office.”
Once home offices were limited to doctors, but by the mid-1990s, inexpensive computers and the Internet enabled a wide range of occupations to be carried out in underwear or pajamas, at any hour of the day or night.
Our condominium’s bylaws specifically outlawed carrying out any occupation other than “professional” activities on condominium property.
The attorney who wrote the rule in 1970 knew what he had in mind, just as the folks who wrote and approved that “…the right of the people to keep and bear arms, shall not be infringed” in 1792 knew what they had in mind.
But in both cases, there has been lots of disagreement and interpretation over the years, selective prosecution, perhaps some persecution, and ample income opportunities for attorneys.
In my condominium, lots of occupational activities were carried out in apparent violation of the rules. School teachers corrected exams and read term papers. Salespeople wrote proposals. Bartenders mixed drinks. The ice cream man sold pops. Landscapers planted, mowed and trimmed. Lifeguards guarded lives. Carpenters remodeled kitchens. Doctors prescribed medication. Plumbers replaced water heaters. Cops and insurance agents investigated burglaries. Our managing agent managed. Our maintenance men maintained.
Lots of people — residents, visitors and even employees of the condominium — worked there every day in flagrant violation of the holy writ, and life went on just fine.
But one day, and I don’t know why, the Board of Managers decided to sue me for violating the rules against operating a “non-professional” business on the premises.
My main business at the time was installing business phone systems. I installed them at the premises of my customers. Many of them were in Manhattan, or in New Jersey, or Long Island, or Connecticut — but certainly not in my own living room.
I made most of my money outside the house, but I did have a few business visitors each month. Some were salespeople showing me new products, and some were prospective customers, and a couple were customers picking up phones.
I certainly had no store. There was no showroom, no sign in the window, no bright lights, no factory with loud noises or noxious odors that would have violated the bylaws or zoning regulations. I had no employees. My business certainly drew less traffic than a perfectly legal doctor or a 17-year-old girl.
The traditional examples of permitted “professional” occupations, as envisioned by the ancient unknown lawyer who wrote our rules, were doctors, dentists, architects, and — of course — other lawyers. I had to prove to the judge that this group was much too narrow, and an unrealistic interpretation for the late 20th century.
I told the judge that many occupations were widely recognized as professions, and deserved to be included, starting  most obviously and in chronological order, with “the world’s oldest profession”— prostitution. Wasn’t a hooker as worthy as a dentist?
I then told the court about professional wrestlers, professional golfers, professional tennis players, professional musicians, professional divers, professional gamblers and pro­fessional assassins.
I showed the judge a copy of Professional Boatbuilder magazine and Professional Hair Salon magazine, and told him about magazines called Professional Woman and Quilting Professional and Christian Professional.
I also told him about the Professional Drivers Association and the Association of Professional Body Piercers and I showed packages labeled “pro­fessional screwdriver,” “professional duct tape,” and “professional toilet plunger.”

The judge ruled that the term “professional” was now synonymous with “business,” and merely meant the opposite of an amateur or non-business activity; and unless the condo­min­­ium rules were rewritten to include or exclude specific occupations, neither the oldest profession, nor mine, were against the rules. 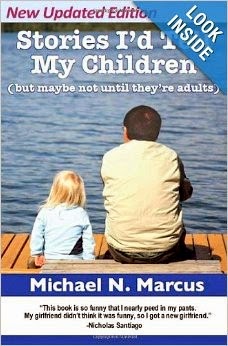 From Stories I'd Tell My Children (But Maybe Not Until They're Adults).