Sometimes it's better to not read your new book. But LOOK at it closely 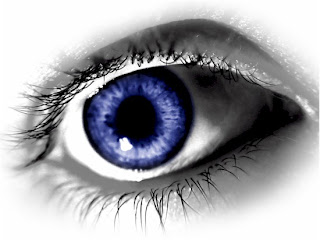 Here's an important proofreading tip I discovered the hard way: after you've read your new masterpiece 183 times, sit a bit farther back from your computer screen and LOOK at the pages -- don't read them.

You'll probably be amazed at all of the errors you detect when you are not concerned with content, meaning and story-telling artistry.

I aim my eyes at the nine-o'clock position and make a clockwise scan on each page, but do what works best for you.

Check your book for these bloopers:

(Eye photo from Microsoft. Thanks.)
Posted by Michael N. Marcus at 8:34 AM