Ampersand Aversion? Was a book cover altered because of complaints?

The ampersand is often used in business names and logos such as A&P, AT&T, Barnes & Noble, Bain & Company and Simon & Schuster.

It is inappropriate in book text, but is sometimes used to save space on book covers.

I have used the ampersand on at least one of my covers (in subtitles). Some language purists hate the ampersand.

While researching a book I'm writing about typography, I spent a lot of time trying to find a book cover with an ampersand on it, that I did not publish.

I ultimately gave up, but a few hours later the FedEx guy brought me two good books -- about typography and graphic design -- with ampersands on the covers. 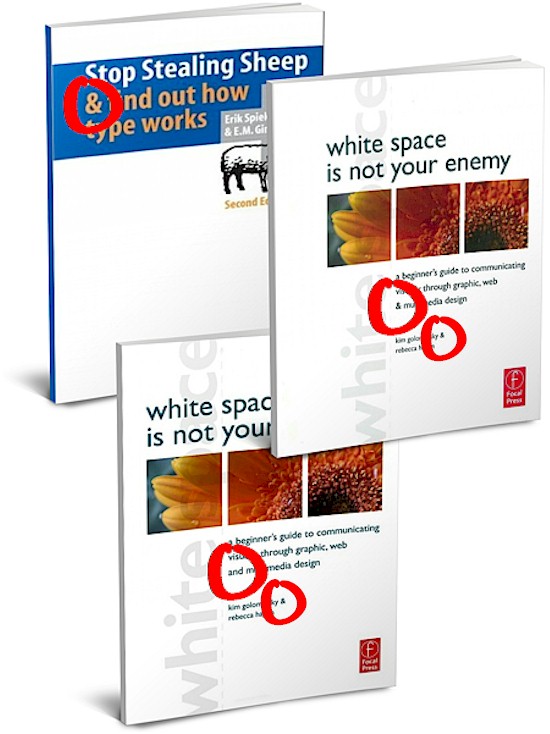 Strangely, as shown on Amazon.com, the text on the cover of the white space book was later altered to replace one ampersand with “and.”

But why was the second ampersand allowed to stay?

Will the cover be changed again now that I've published this?

I'm happily persnickety and probably the only one in the world who notices or cares about this stuff.
Posted by Michael N. Marcus at 4:52 AM