I flip the bird at a plastic surgeon 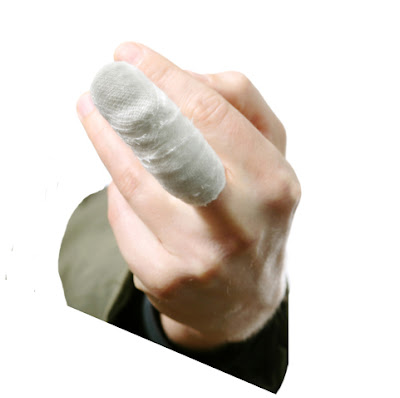 I had a small piece of wire embedded in the tip of the "finger" finger of my left hand for about five years.

I often work and play with wire, so the intrusion was not a surprise.

As with most splinters I've gotten, I first tried to remove it with a tweezers -- but was unsuccessful. So, I put a Band-Aid on it and got on with my life. I figured it would eventually work its way to the surface and I'd try some do-it-myself surgery again.

Most of the time I was unaware of it, but sometimes -- particularly while I was typing -- it hurt like hell.

I ultimately overcame inertia and made an appointment with a plastic surgeon of some renown to have it removed professionally.


The doc thought he knew where the wire was, so he sliced my finger open and poked and prodded for 45 minutes and could not find it. He then asked me if I was sure it was really there. I said I was sure. (I had seen it in an X-ray taken by another doc a year earlier).

He then suggested the possibility that it might have been absorbed by my body. I then suggested that since it had been there for at least five years prior to the X-ray, I doubted that my body would suddenly decide to attack it in the months since the X-ray.

I also suggested that it would be a good idea to get new X-rays. (Although I didn't tell him, I couldn't help thinking that he should have X-rayed me before opening me up.) 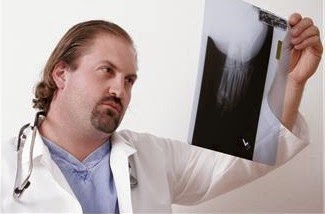 Sooooooooo, the doc stitched up his newly created slice and sent me to another place to get X-rays. The technician showed me the digital images, and the wire was very obvious. The tech put the images on the web so the plastic surgeon could see them, and I went back to the surgeon. (My dog was waiting in the car.)

He (doc, not dog) removed my new bandages, removed my new stitches, and after 45 more minutes was pleased to announce that he had found and removed the wire. Super-surgeon then gave me six more stitches (to stay in for two weeks), advised me that the finger might not feel any better even with the wire removed (!!!), and gave me a prescription for Tylenol with codeine.

It had been a long time since I had any interest in recreational drugs (and back then I never used the evil codeine), but the pain from the surgery was so friggin' bad that I popped pills around the clock.

My damn finger was on fire. The pills tasted bad. Typing was tough. So were lots of other things.

Maybe I was wrong to have surgery. I could have lived with the wire. And, if I left the wire in, it might have provided an education for the future medical student who gets to dissect me. If the wire is removed postmortem, I might not require the codeine.
Posted by Michael N. Marcus at 5:33 AM