When I was in Mrs. McGarthy's class in fifth grade, each student had to choose an American president to write a report on. I don't remember why, but I picked James Buchanan. It may have been because I was a stamp collector and had a "plate block" of three-cent stamps issued in 1954, showing Buchanan's home, Wheatland. 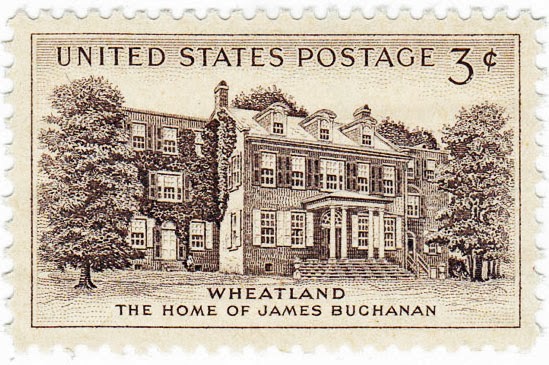 Buchanan was the 15th president, serving from 1857–1861, right before Lincoln. I don't remember much more about him. I do remember that he was the only president from Pennsylvania and the only non-married president.

When I was a school kid, I wasn't selling words for money as I did later, but I did have to convince my teachers of the value of my words to get good marks, so the processes were related. Then and now, it's good to maximize income and minimize effort.
Ironically, U. S. News & World Report ranked Buchanan as the worst president ("He refused to challenge either the spread of slavery or the growing bloc of states that became the Confederacy.") and Harding as second-worst ("He was an ineffectual and indecisive leader who played poker while his friends plundered the U.S. treasury").

Was there a subconscious pattern to my presidential picking? Who knows?

It works the same way with books:
All of those books include material originally posted on my blogs, and some material written for my books eventually shows up on my blogs.

I recently assembled several one-buck, two-buck, $2.99 and $6.99 ebook spinoffs of more expensive p-books. Each book took less than two days to produce and put on sale. 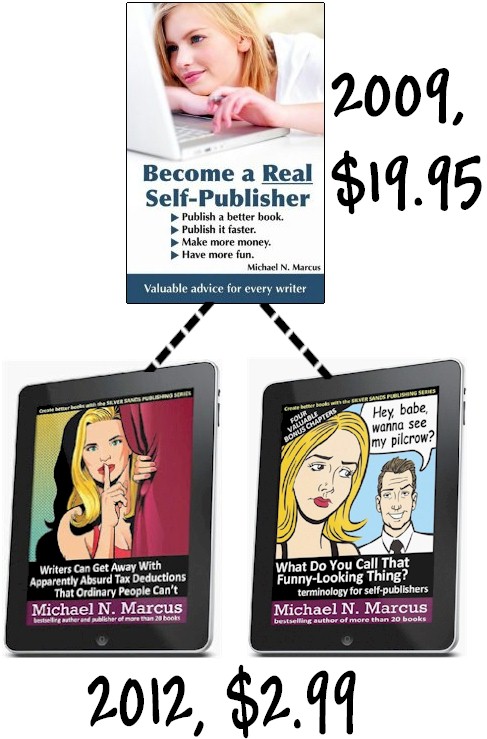 Look at what you've already written and figure out how you can recycle, reuse, repurpose, revise, sequelize and serialize. It's the American way.

My funny memoir has had five spinoffs, so far, plus other editions.

SPECIAL SALES
Many thousands of books reach readers without booksellers. They are distributed --sometimes for free -- by entities that want information or opinions circulated. These “special sales” can generate high profits, with no risk of returns.

Oh yeah, this blog post is based on one I published previously.

(Buchanan portrait is public domain, from the White House)
Posted by Michael N. Marcus at 5:20 AM