Am I a cable TV hostage or a pawn? Which is worse? 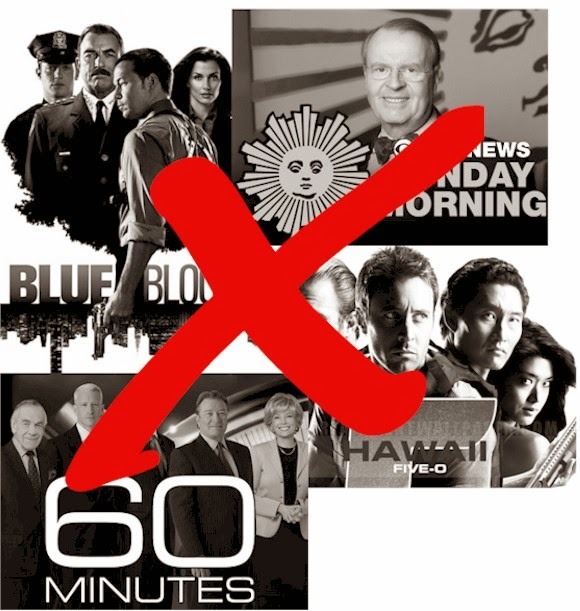 Yesterday was my second consecutive Sunday without Sunday Morning, Face the Nation, 60 Minutes and The Mentalist.

Friday was my second consecutive Friday without Hawaii Five-0 and Blue Bloods.

Tonight I'll likely have no Intelligence, and over the next few days there will likely be no NCIS, Person of Interest, Criminal Minds, CSI or Elementary in my home. My own good wife doesn't get the see The Good Wife.

I am caught in a disruptive dispute between TV service provider Cablevision and Meredith Corporation. Meredith, now in its second century of operation, publishes such magazines as Better Homes & Gardens and owns or operates 13 television stations, including CBS affiliate WFSB in Hartford, CT.


I live in Milford CT, about 50 miles from Hartford. Until recently I could choose among more than 500 TV channels -- including two from NBC, two from ABC and two from CBS. 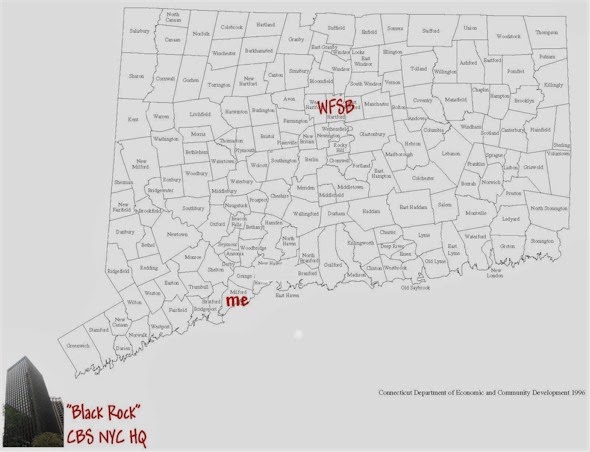 On January 3, I lost both of my CBS channels -- WFSB as well as WCBS from New York City. Cablevision spokesman Kelly McAndrew told Hersam Acorn Newspapers: “Cablevision has already agreed to pay for carriage of WFSB Channel 3 in parts of Litchfield and New Haven counties where it is the local CBS channel. In an unprecedented move, the owners of WFSB Channel 3 are now [punishing] viewers . . . by blacking out CBS programming unless Cablevision agrees to pay for two different CBS channels in Fairfield County.

“Cablevision has been fighting to hold the line on skyrocketing programming costs, and we urge the owners of WFSB Channel 3 to leave the channel on and not punish their viewers in parts of central Litchfield County and three towns in New Haven County.”

WFSB says: "We at WFSB understand the frustrating circumstances for our viewers that are Cablevision customers . . . . despite our efforts over many months, we have been unable to reach a deal with Cablevision . . . .
"Our management team has continued to reach out to Cablevision in an attempt to resolve this impasse.  In fact, two days ago we made our most recent offer to Cablevision, which is  a very compelling offer that would enable Cablevision to immediately return WFSB to the systems.  However, at the time of this posting Cablevision has not accepted our offer and continues to refuse to negotiate for fair value for carriage of our signal to all of its Connecticut customers.
"WFSB is simply requesting that Cablevision acknowledge that our WFSB is a valuable source of programming for all of Cablevision's Connecticut customers, even those customers that also receive an out-of-state CBS station."

So-called "blackouts" are an unfortunately common part of cable TV negotiating. The loss of programming can last for hours or months. Viewers and advertisers are the victims.

These problems are symptoms of a fundamental clash of interests.


In an email, Meredith's VP for Corporate Communications and Government Relations Art Slusark told me, "We value your viewership and we are working hard to resolve this matter, but Cablevision refuses to negotiate, even though other cable companies have agreed to compensate WFSB."

I’m not sure that local channels should be paid by cable companies. Can’t WFSB charge more for advertising because of the extra audience the cablecos deliver? Maybe WFSB should pay Cablevision, or at least provide its program feed for free.

Throughout this annoying ordeal, one issue has been strangely ignored by Meredith, Cablevision, the media covering the situation and politicians: How can WFSB, a little channel in Hartford, stop me from watching WCBS, a giant channel based in New York City? Meredith does not own WCBS!


U.S. Senators Richard Blumenthal and Chris Murphy urged Cablevision and Meredith to end the blackout. They wrote that they “believe that the current impasse does a disservice to Connecticut families . . . .  The senators also want Cablevision to “commit to refund upon request any Litchfield or New Haven County subscribers who are no longer getting what they signed up for, a portion of their monthly bill commensurate with WFSB’s value.”

Senators, what about WCBS's value? WFSB is worth a lot to me. WFSB is worth nothing to me. It is one of hundreds of channels that I pay for and could watch -- but never watch.

WFSB says it "is simply requesting that Cablevision acknowledge that our WFSB is a valuable source of programming for all of Cablevision's Connecticut customers, even those customers that also receive an out-of-state CBS station." Again, WFSB is worth nothing to me.

On Sept. 5, 2012 – Cablevision and CBS Corporation announced the renewal of their content carriage agreements covering retransmission consent for CBS Owned Stations. [including WCBS!] “Cablevision is a cornerstone partner in our flagship market.  By recognizing the value of our content, this agreement assures the audiences we share with Cablevision will continue to be able to enjoy programming . . . . ” said Martin Franks, Executive Vice President for Planning, Policy and Government Relations, CBS Corporation.

“This broad agreement will ensure that Cablevision customers will continue to have access to the CBS programming they already enjoy, across a range of networks, as well as new services Cablevision will launch in the coming months, including Showtime Anytime and CBS prime time shows on demand,” said Mac Budill, Cablevision’s executive vice president of programming.

I want my CBS.