Finding seven mistakes in a book is better than finding just one.
And, a disgusting worm riddle 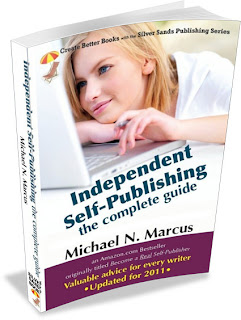 A while ago I received a fifth-generation proof of my book, Independent Self-Publishing: the complete Guide.

As soon as Bill, our UPS driver, delivered the box from Lightning Source, my printer, I gave it to Dave. He's my youngest employee and has better vision than I have. He also has good artistic judgment and his mother owned a bookstore. Hawkeyed Dave studied each page, and spotted one line of text that was not indented properly in a paragraph with a "hanging indent." 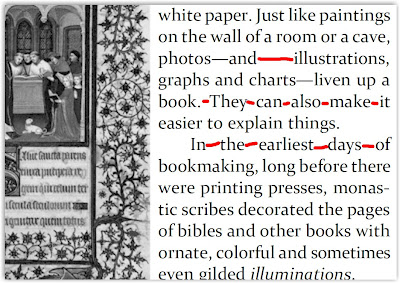 A: Biting into an apple and seeing half a worm.
Posted by Michael N. Marcus at 5:06 AM