The Atlantic Wire is the online version of the paper magazine that was once known as The Atlantic Monthly. The magazine was founded in 1857. I used to read it regularly -- in the 1960s. It became less important to me and to others, several times changing ownership, as well as editorial direction and publishing frequency. 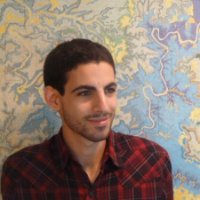 The September 10th online issue has a puff piece by Zach Schonfeld titled "Self-Publishing Is Growing Up," concentrating on a change in the publishing frequency of the PW Select supplement to Publishers Weekly magazine.

Zach also quotes Adam Boretz, reviews editor for PW and editor of PW Select: "the stigma long associated with self-publishing seems to be less and less of an issue."

The comments from Milliot and Boretz are somewhere between disingenuous and blatant bullshit. Even Publishers Weekly stigmatizes self-published authors.

PW Select charges self-published authors $149 or $199 per book for the possibility of being reviewed -- a fee that DOES NOT apply to authors of traditionally published books. PW Select is an authors' ghetto, and Milliot and Boretz are the slumlords.

PW Select is not a news medium -- it's a revenue source! The increased publishing frequency is an effort to make more money, and is not merely PW's "doubling its critical coverage of self-publishing authors." There is little criticism.

Zach wrote that the expansion of PW Select, "by most accounts, is a fitting response to the not-entirely-shocking proliferation of self-publishing in the e-book era."

Zach did not specify who provided "most accounts" and I doubt that anyone is shocked. The Atlantic, sadly, has become PW's PR partner. Zach Schonfeld should have done some independent investigation of PW Select before parroting the claims of the alleged "most influential journal in the industry."

Reporters and editors can be lazy.My first job after college was as assistant editor of High Fidelity Trade News, a magazine that went to hi-fi stores. We frequently received press releases which manufacturers hoped we would publish without alteration.A lot of my work involved rewriting the releases. I was supposed to filter out the superlative adjectives and phony quotes to make the news sound more like news than like advertising. On one of my first days, my boss Bryan Stanton returned an article I had written with a quote crossed out and a big PR BS written on it.

News reporters should not be the tools of their news sources. One of the first lessons for reporters should be learning how to filter out the bullshit. Zach graduated from college last May. I hope he learns to be more critical soon.
Posted by Michael N. Marcus at 4:11 AM