For Labor Day: Thinking about fast food and the minimum wage 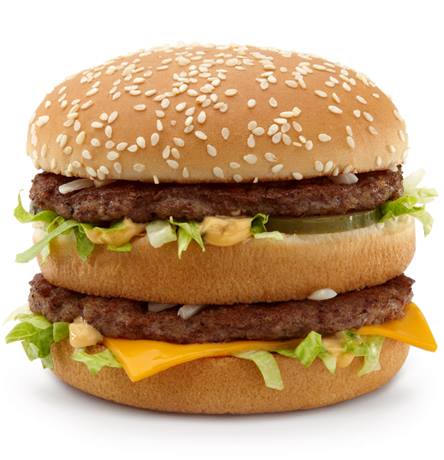 There have been some recent work-stoppages and demonstrations intended to call attention to workers at Mickey Dee's and other businesses who are paid the minimum wage, currently ranging from about $5 to $10 per hour.

Some southern states have no minimum wage, but presumably burgermeisters in Louisiana and Tennessee are paid more than the ante-bellum slaves received for picking cotton. The Federal minimum wage is $7.25 per hour, but does not apply to all workers in the USA.

I worked Saturdays and summers when I was a teenager. I remember how excited I was in the fall of 1963 when the minimum wage increased from $1.15 to $1.25 per hour -- and I could actually take home slightly more than a buck for each hour that I worked.

Two thirds of my meager earnings had to be saved for college expenses, but the $12 - $15 I got to keep each week could pay for gasoline, dates, records and other non-necessities.

In 1963 -- and until fairly recently -- the earners of minimum wages were mostly teenagers who were just beginning their work lives, and seniors working a few hours per day or per week to avoid boredom and to supplement their Social Security payments. No one was expected to support a family on the minimum wage. (Except maybe women and people of color.)

The Great Recession and massive unemployment and underemployment changed everything. Suddenly, adults in their "peak" earnings years were working for chump change. Parents of teenagers were competing with teenagers for jobs.

When I was in high school and college, I had no need for medical insurance at my part-time jobs, because I was covered by my father's insurance.

The Great Recession and massive unemployment and underemployment changed everything. Suddenly, parents -- not just kids -- were working for minimum wage, and had the need for a "benefits package" that never before went with minimum wages.

So, what's the answer?

If the minimum wage is increased to $15 per hour, those receiving that money will be thrilled -- as long as they still have jobs. But how many adults will be employed in fast-food restaurants if a burger, fries and soda are repriced at $12?

(I remember a Mickey Dee's commercial that touted "45 cents for a three-course meal? Sounds to me like that's a steal." A burger, fries and a shake were priced at 15 cents each!)

Jobs paying the minimum must be returned to their historical roles as 'starter' jobs and sources of supplementary income.

The government and private businesses must come up with ways to enable heads-of-households (even households of one) to earn much more than today's minimum wage, in productive and satisfying ways with security and opportunities for advancement.

People earning $15-$25 per hour should not be making one-dollar burgers or ten-dollar sneakers.

I don't have much sympathy for organized labor.

Sure, unions were very important in ending abuse of workers in the early 20th century. Since then the unions have _caused_ much abuse, requiring musicians to be paid to read books or do nothing during Broadway shows that used recorded music, and requiring railroads to employ "firemen" on flameless trains. Excessive union benefits helped destroy American manufacturing.

Greed was as common in the factory as in the boardroom. When I was a student at Lehigh, floor sweepers at Bethlehem Steel made more than teachers. Their bosses had chauffeurs, private planes and paid-for country club memberships. Bethlehem Steel is now a memory, not a factory.

Only now, with the decimation of the American automotive industry, are unions recognizing the need to be partners with the manufacturers.

One hundred years ago Henry Ford (who was often vicious to workers) realized that he'd sell more cars if he paid his workers enough so they could afford to buy them.

In the last years of the 20th century, we saw the flip side. When American cars were priced so high that lower-priced imports (often with better quality and more advanced technology) gained significant market share, there was less need to employ highly paid American auto workers with costly benefits.

The UAW bosses finally realized that there is no point in having high pay rates if the employers were bankrupt, and now allow lower starting pay.

Bloated government payrolls are a perpetual problem, too. Newspapers often report on school custodians who are paid more than principals, and municipal workers who mysteriously earn huge amounts of overtime in their last few years of employment in order to inflate their pension payments -- which we all pay for.

And then there are the hordes of allegedly disabled workers who are happily building houses, surfing and skiing.
Posted by Michael N. Marcus at 3:44 AM