Will Outskirts Press go out of business this year or next? 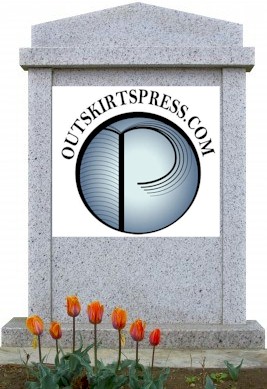 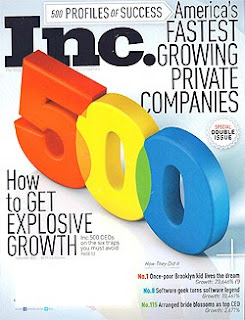 For several years Outskirts had decent positions in the Inc. 500 list of the fastest growing private companies in the USA. Three years ago Outskirts plummeted from the 500 into the 5000. The company still touted its dubious achievement, assuming that readers would not notice that FIVE THOUSAND is not the same number as FIVE HUNDRED."﻿

At the beginning of this month I wrote: "Prior to 2012, Outskirts Press boss Brent Sampson (the same guy who confused 'foreword' and 'forward') used his blog to brag in advance about his company's pending Inc. position. This year -- and in 2012 -- Brent had nothing to say in advance of the announcement, a wise move."

(1) As recently as this morning, Outskirts Press still called itself "the fastest-growing full-service publishing provider." It would be hard to justify that boast -- and Inc. disagrees. [below] This year Outskirts has completely vanished from the Inc. lists of the 500 and 5,000 fastest-growing private companies in the United States.

(3) Other small self-publishing companies such as Vantage, Aachanon and McKinney have recently closed. They failed to deal successfully with the same pressures facing Outskirts. Arbor Books emphasizes ghostwiting over self-publishing. Other companies' websites show no recent books.

(4) According to the info published by Inc., sales at Outskirts dropped from 2010 to 2011 and there was a tiny increase from 2011 to 2012 -- a time of tremendous growth in self-publishing -- and Outskirts employment has remained at three lonely folks since 2009. The Outskirts website contains just three "executive profiles," and two of them are Sampsons. Brent has three titles, Lynn Sampson has two and Kelly Schuknecht runs three departments. Brent's wife Jeanine Sampson used to be Chief Operating Officer but apparently has left the company. Judging by the many errors in the company's website and press releases, and complaints by authors, the tiny staff is inadequate.

(8) Even after 11 years, Outskirts is apparently still a home-based business, using a UPS Store as a mailing address.

(9) Boss Bent Sampson has drastically reduced and weakened his blogging. Instead of posting about a wide range of book-publishing topics nearly every business day, now Brent does little more than tout his own company, and does that just once or twice a month. I don't know if Brent has earned so much money that he can spend his days fishing or golfing, or if he is so depressed that he can't stand going to work. An un-engaged President/Chief Executive Officer/Chief Marketing Officer is not good for the company's future.

(14) Perhaps the most revealing -- Brent recently wrote: "No company plans to fail . . . Being prepared for that possibility is the responsibility of the executives at every company. That’s why, at Outskirts Press, we have a cash-flush savings account devoted solely for our authors exclusively for this purpose, so that all outstanding royalties would still be paid to them and any remaining authors in the pipeline would receive refunds."

Gravestone photo from www.123rf.com. Thanks
Posted by Michael N. Marcus at 10:24 AM