Is it shit, crap or merely junk? 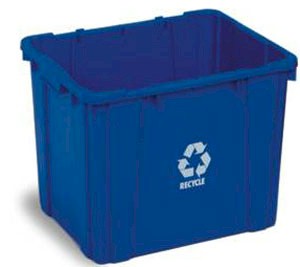 When I moved from an apartment to my first real house in 1977, I felt that for the first time in my life, I had enough storage space for all of my shit. Unfortunately, I failed to realize a basic fact of life: shit expands to fill the available space, and then it overflows.

The move to our second house in 2001 required FIVE MOVING VANS, plus about 70 trips in our own minivan, plus the disposal or recycling of about 50 CUBIC YARDS of crap, junk and trash.
One good way to classify stuff is by applying the 90-day rule (or one-year or five-year rule, or whatever time interval you select). If something has not been used in the last year (or other time interval), there's a good chance that it will not be used in the next year, and can be eliminated.

Unfortunately, if you have enough space, the 90-day rule can be easily extended to become a 30-year rule. We still have a silver-plated-something unpacked from a move from daBronx to Flushing in 1975. My wife says we may need it some day, so it stays on a high shelf -- unpacked. 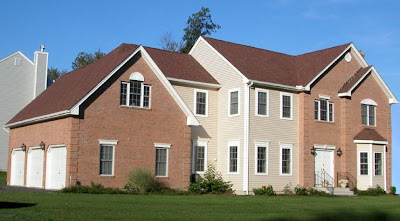 Our second house is huge. Most people think it's much too big for two people and a dog. It's not. A house can never be too big. Not even Buckingham Palace. (That is an old picture above. We have more and bigger plants now.)

Well, we've been in this house for a little over 12 years. The house now contains a lot of both shit and crap (plus lots of stuff and things). The formerly cavernous attic is almost impenetrable. The three car garage has become storage space. It has about 20 cartons that have not yet been unpacked from the 2001 move. A guest room has no room for guests.

Now that summer has started, it's time for spring cleaning.

We have a bunch of bags that were supposed to go to Goodwill by the end of 2012. I hope they get there this year. We also have a six-month accumulation of deposit bottle that should be stuffed into the car, transported, and fed into recycling machines. There are also boxes of stuff, and furniture, that didn't sell at a recent tag sale, or with Craigslist ads.

I'm faced with a major decision.

I have a growing stack of early versions of my books which were marked up for corrections. I don't want anyone to read them, so I can't sell them or give them away. I can't throw them away, because destroying books is one of the few (or maybe the only) sin that I recognize.

Sometimes, when overcome with egomania, I have a vision that some future literary critic will analyze the stash and proclaim to the world, that "AHA! -- in version 3.68, Marcus changed a comma to a semicolon in the last sentence on page 254."

I realize that there is little likelihood that this will happen. But just in case, I'll keep the books. Besides, retention is better than sinning.

The next time I move, I want to go horizontal, feet first, in a black zipper bag, with a tag on a toe. I'll let the next generation decide what is valuable shit and what is mere crap or junk.
Posted by Michael N. Marcus at 6:28 AM