I hope this blog post embarrasses Hewlett-Packard enough to fix something. Unfortunately, H-P makes more money by not fixing it. 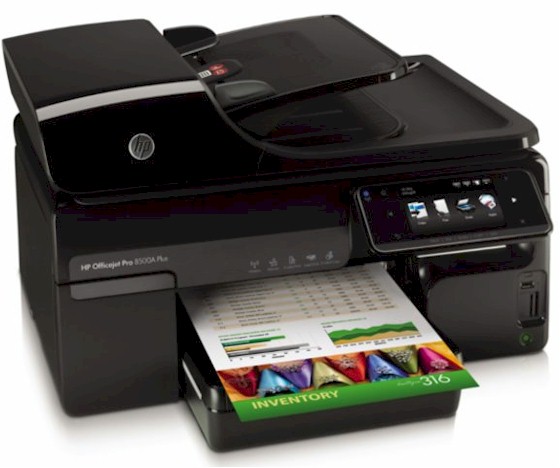 Years ago I made computers for my home and my business. It was fun and I saved money. After a while it was no longer fun and I no longer saved money. I started to buy ready-made PCs from IBM, Lenovo, Acer and H-P. Our printers came from Brother and H-P, with an occasional Epson and NEC in the mix.

Since I was pleased with H-P printers, and H-P's PCs were as good as any, I decided to standardize on H-P as a single source for both computing and printing. This way, instead of Lenovo and Epson fighting each other, I'd have Kumar and Anandamayi fighting each other. Eventually they'd have Nusrat act as referee and someone at H-P would solve my problem.

One of my newer printers is shown up above. It's the OfficeJet Pro 8500A Plus (but you can call it Ravi).

Most of the time it's absolutely glorious, quickly turning out perfect photographs as well as business documents. It can automatically print on two sides of a sheet of paper. It also copies and scans and faxes. It can connect to my PC with a cable or via Wi-Fi.

Because it is Wi-Fi-able, it can connect directly to the Internet, enabling it to do all kinds of 21st-century magic without a computer.

The touch-screen display allows me to select various useful and frivolous Apps. In need of a chuckle or two, and interested in sampling the great new technology, I selected Comics. 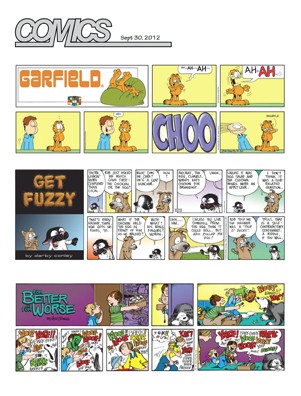 For about two months, every day at a little after 1 p.m., my wondrous printer spits out pages of Blondie, Dilbert, Garfield, Peanuts and others, consuming ink (which generates zillions for H-P) and wasting paper (sometimes H-P paper).

The novelty quickly wore off. After much detective work, I determined that the comical invasion can be halted only from the touch-screen -- not from my PC or by calling H-P tech support.

First I tap Apps, and then I am told that I am connected to the HP ePrint Center. Impressive -- so far.

Next I find and tap on the Comics icon and eagerly await the opportunity to stop wasting trees and fluid.

But instead of that, I get an ominous message telling me that that my printer is unable to connect to the server, that I should check my Internet connection and would I like to try again.

I've been trying -- but not liking -- since April.

Although my Internet connection is just fine for connecting to the H-P ePrint server, I can't connect to the other server which allows canceling service.

H-P has known about this problem for weeks (or months). If they fix the server, they'll sell less of their wonderful and highly profitable ink and paper. 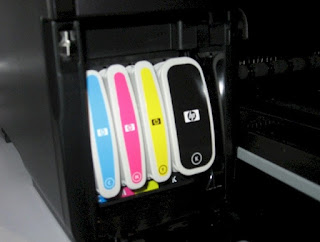 Maybe this blog post will embarrass H-P into doing the right thing for its customers, not its shareholders.

It would also be nice if H-P makes good on its previous commitment to me to replace ink cartridges that were full, but went "stale" because I did not use them fast enough.

- - - - -
photos from gruppocomet.it, TrueData and OfficeDepot. Thanks