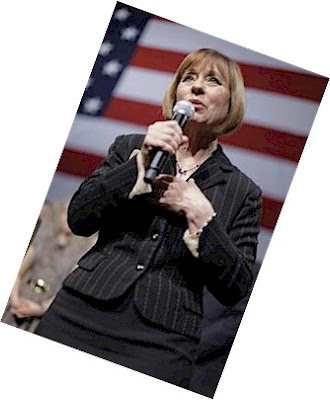 Right-leaning Sharron Angle,
one third of the Silly Sorority
which includes Sarah Palin and Michele Bachmann

According to Wikipedia, "Angle was criticized during the campaign for largely avoiding answering questions from the press, both local and national. In September, the Las Vegas Review-Journal sued her for copyright infringement after she allegedly posted entire articles from the publication on her campaign website without permission. After the campaign ended, it was revealed that the campaign developed a code word to alert office workers if the media entered the campaign headquarters: "It's time to water the plants."


Sharon may have been inspired by the financial success of her spiritual sister Sarah Palin. The moosemama's first book Going Rogue is ghost-written garbage (I own a copy) but still managed to become a New York Times #1 bestseller in its first week of release. Its publicity and sales were boosted by a very visible price war among booksellers when it first came out. Sarah's second book was a flop. 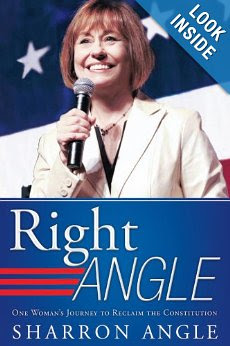 The Amazon sales rank for Sharron's book is in the toilet -- almost two million, and much worse than Baby Daddy Levi Johnston's book. Strangely, Sharron's paperback sells for $6.75 (producing a tiny royalty, if any, for her), but the Kindle edition is overpriced at $9.99.

AuthorHouse has a lot to learn about publishing.
Posted by Michael N. Marcus at 6:01 AM