Let's start the year with some vintage BS from Brent Samson 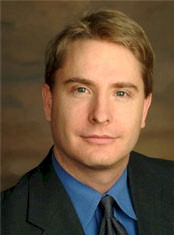 Brent Samson (with perfect initials) is the boss of inept and dishonest pay-to-publish company Outskirts Press. He wants authors to use his company instead of becoming independent self-publishers, so he tells lies:

(1) “The majority of independently self-published authors find it nearly impossible to secure distribution through book wholesalers like Ingram and Baker & Taylor.”

First of all, unless Brent is capable of large-scale mind reading, he has no way of knowing the experiences of the majority of any kind of people. Second—and more important—it just isn’t true. If a self-publishing author has books printed on demand by Lightning Source (the leading POD printer for both independents like me and companies like Brent’s), it’s almost impossible NOT to secure distribution through Ingram and Baker & Taylor because it happens automatically. All an author has to do is approve a proof for printing, and the rest just happens.

(2) Brent warned of the “hassles of independent self-publishing, like guessing print-runs, managing inventory, and the responsibility of order fulfillment.”

Well, I’m an independent self-publisher, and the truth is I never ever think about print runs, inventory or order fulfillment. Actually, the biggest hassles I deal with are typos.

(3) Brent says independent self-publishers “are left with thousands of unsold copies and without an effective way of getting their books into the hands of readers” and “The independently self published authors I know all have boxes of books in their garage and park their cars on the street.”

(4) He also says getting an ISBN number (the unique identification number for each book) is a “headache.”

Sorry, Brent, that’s just not true. I ordered ten ISBNs in about ten minutes. All I needed was my keyboard and a credit card. I never touched the Tylenol bottle.

(5 – 7) Brent also talks about the troubles that “Most self-published authors” have getting their books distributed, the high percentages paid to Amazon, and the high costs of setting up websites.

That’s all wrong—just self-serving fiction designed to make Brent’s own company look good, and he can’t possibly know the experiences of “most...”

If for some strange reason you actually trust Brent's knowledge and opinions, he’ll be glad to give you personal advice on the phone—for $250 per hour.

He’s also available for hire as a public speaker. He lists “Independent self-publishing vs. print-on-demand. What’s the difference?” as one of his topics.

According to Brent, “Peter Mark first published the Thesaurus in 1852,” strangely ignoring the much more famous Peter Roget who published his Thesaurus in the same year. Actually Mark was the middle name of Peter Mark Roget, so Brent was two-thirds right.

Brent says, “Errors in your writing cause readers to question your credibility.” I question his.

(This is from my new YOU can have your own book publishing company, available as an Amazon Kindle e-book. (I have to make a few corrections and additions, but it's basically OK now.) 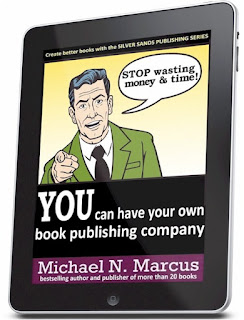 Happy New Year!
Posted by Michael N. Marcus at 4:36 AM