Why do people self-publish? 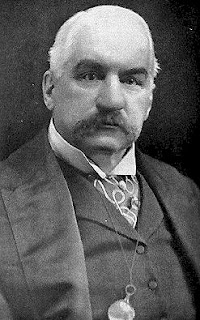 Back in the "gilded age" of the late 19th century, self-publishing was an activity indulged in by wealthy men who produced expensive leather-bound, gilt-edged limited editions for family and friends, and to enhance their personal libraries. 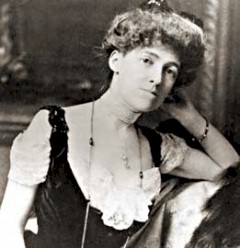 ​
Female writers such as Edith Wharton self-published because traditional publishers favored men. In 1921 she became the first woman to win the Pulitzer Prize for literature.
​ 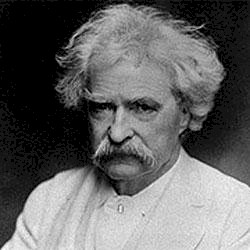 Mark Twain is said to have become his own publisher because he thought another publisher cheated him. 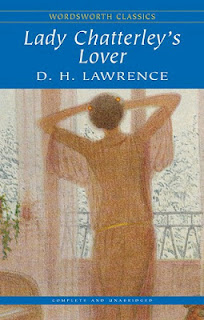 ​
Because of sexual content and "dirty words," the traditional publishing houses in Britain refused to get involved with D. H. Lawrence's Lady Chatterley's Lover, so he arranged to have it printed for him in Italy in 1928. It wasn't openly published in Britain until 1960. His U.S. publisher faced an obscenity trial for putting out the book. You can get a copy of a mainstream publisher's paperback edition for less than a buck, but copies of the original self-published book were offered for sale for over $30,000. 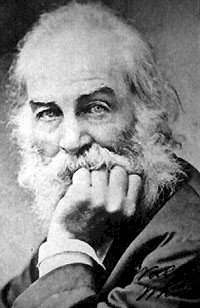 ​
Walt Whitman's self-published Leaves of Grass is one of the most important collections of early American poetry. In 1855 it was printed in a Brooklyn print shop where Whitman did some typesetting himself -- perhaps because he wanted more control than other publishers would permit. A copy of this edition was on the market for $175,000 -- not bad for a do-it-yourself book.
​
In the early 21st century, as it becomes harder to make a deal with a traditional publisher, thousands of writers are taking advantage of economical printing processes, e-publishing and online publicity opportunities to publish their own work. Some are self-publishing to have more control and make more money. ​

I've had deals with three traditional book publishers in the past. ​

♦One tried to cheat me.​

♦One didn't cheat me, but the book that finally came out was so unlike what I had expected it to be, I was sorry I got involved. I also didn't make much money, and had to wait a long time for the little money that I did get.
​
♦The publisher that did cheat me did such a bad job on the book, and it was no unlike the vision I had for it, that I refused to let my name be printed on it.
​
There are lots of reasons why writers want to be their own publishers. Here are some:
​​
♦Complete control: the author determines the title, the cover design, the page size, the number of pages, the price, the marketing plan, the publication date, everything. You even got to write the "about the author section" and choose the promotional "blurbs" that go on the cover. There is a downside to all of this control, however. If your book is ugly or filled with typos, you have no one to blame but yourself! Even if you hire people to help, you are the ultimate designer, editor, fact-checker and proofreader.
​
♦Personal attention: at a big publishing house, a new book from an unknown author may get little or no attention from the sales force that is responsible for dozens or hundreds of books. A self-publishing author can concentrate on one book, and can work as hard as she or he wants to in promoting the book to the public, booksellers, the media and book reviewers.
​
♦Complete freedom: self-publishing allows authors to write about anything they want to, without needing approval from anyone. There's also freedom to ignore publishing tradition if the author wants to try something new. For example, the first few pages of most books have no numbers printed on them, and then come pages with Roman numerals, and finally there are pages with standard "Arabic" numbers. This system has always seemed silly and unnecessarily complicated to me. In my books, I have no Roman numerals. Even the Romans use Arabic numbers now.
​
♦Fun. Many people who could afford to pay for an oil change like to work on their own cars. Many people who could afford to buy ready-made clothes prefer to make their own custom designs. Many people who could buy beer or wine or pizza like to experiment with their own special formulas. Lots of people who can buy food like to grow vegetables or go fishing. Do-it-yourself seems to be a common human urge, and now it is possible with publishing. My first book was published by Doubleday in 1996. I'm much prouder of the books I published myself in 2009.
​
♦Niche marketing.  Because of business, professional or personal connections, a writer may feel she or he is better able to market books to a specific group of potential customers than a traditional publisher could reach through traditional booksellers.
​
♦Speed: with conventional publishing, it can take years to find an agent and a publisher. With self-publishing, a book can be in stores a week after it is written.
​
♦Durability: the author determines how long a book remains on the market.
​
♦Up-to-dateness: the author determines when a new edition should be published.
​
♦Regular income: with conventional publishing, royalty checks (if there are any) arrive twice a year. With self-publishing, money can come in every day, week or month, depending on the sales channels.
​
♦Higher income: most book royalties pay about 8% of the cover price. Self-published authors can make more money, even from books that sell for lower prices.
​
♦Rejection: The vast majority of books submitted to traditional publishers are rejected. The major publishers are driven by "hits." They want books that are bought in the tens of thousands, but their judgment is not perfect. Most books do not become best-sellers, and in a few months they're sold on the buck-a-book table. Besides bad writing, there are legitimate reasons why a book may be rejected (such as unknown author, limited appeal of subject, subject is too controversial, too many other books on the same subject, book is inappropriate for a particular publisher) but that rejection doesn't mean that a book shouldn't be published by another company, or self-published.
​
♦Keeping an old book in print. At some point, the sales volume of almost every book drops to the point where its publisher decides to discontinue it. It becomes "out-of-print." If that has happened to a book you wrote, you may be able to negotiate a deal with the original publisher to return the rights to you so you can republish it yourself. Once demand has dropped to the point where the first publisher kills the book, there may not be much demand for the self-published version. But even a little demand can create income for the self-publisher, and proper marketing and/or updating may be able to boost the sales.
​
♦Chance of attracting a traditional publisher: According to the New York Times, "Louise Burke, publisher of Pocket Books, said publishers now trawl for new material by looking at reader comments about self-published books sold online. Self-publishing, she said, is 'no longer a dirty word.' Still Alice, written by Lisa Genova, was originally published through a self-publishing company and was later re-published by Simon & Schuster and made it to the New York Times Best Seller List.

While dreaming of writing a best seller is a pleasant diversion, and perhaps a good motivator to write a high quality book, it should not be your prime objective. Realistically, you probably won't sell a lot of books and won't make much money, so you'll have to have other ways to define "success" and "satisfaction."
Posted by Michael N. Marcus at 6:12 AM