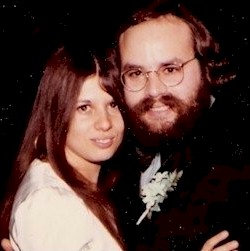 It's 12/12/12. The NY Times reports that thousands of people will get married today in Las Vegas, so they'll have a date that's easy to remember. Marilyn Cafarelli and I got married on 12/12/71. We disagree on almost everything, and we have been happily at war for 41 years. Our friends who seemed to get along perfectly well got divorced long, long ago. Apparently they just didn’t care enough to fight.


Marilyn and I were introduced by a mutual friend in August, 1971. She had just moved into a new apartment in Manhattan. She was exhausted and fell asleep while we were speaking.

We were both dating a few others at the time. My social calendar was full, but I passed the word via the woman who had introduced us that I was interested and I eventually called Marilyn. She thought her falling asleep had turned me off, but I’m a napper, too, and it didn’t bother me.

We started dating regularly, and, by October or November, we planned a quick marriage in December. It seems ridiculous now. It probably was ridiculous then. (For the record, she wasn't pregnant. Her mother got a good deal from the caterer who had a cancellation for 12/12.)

If we had known each other longer, we probably would not have gotten married. We argued a lot, as we still do. At one time, we considered canceling the wedding, but one of us said (and I don’t remember who said it), “What the hell, the invitations have already gone out, so let’s do it.”

Marilyn and I are very different. Her difficulty in deciding and her extreme cautiousness can be very frustrating and terribly time-wasting. I make decisions easily and quickly.

I grew up in a family where, if you weren’t ten minutes early, you were late. I often refer to Marilyn as “my late wife” and I’m sure she’ll be late for her own funeral.

I know that she really means the best for us and I love her for it — and in spite of it. She’s kept me out of trouble many times. Marilyn is my second-guesser, my censor and my conscience.

Marilyn sometimes says she wishes she could be fearless like me, but it’s probably better that she’s not like me. Opposites attract. But two of me could be in jail — or maybe dead.

ADVICE FOR A LESS-UNHAPPY MARRIAGE

After 41 years, Marilyn still finds me amusing and I still find her sexy.

Marilyn says she'd rather share me with a computer than with another woman. It's after midnight. It's officially my anniversary. I really should leave the office, go into the bedroom, move the pooch out of my spot and get into bed. Before I do that, I'd better log onto American Greetings and print up a card. 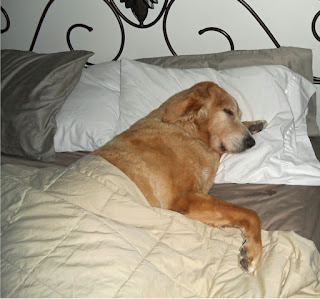