On Saturday I attended the fourth annual Self-Publishing Book Expo in Manhattan. I boycotted the first one in a feeble effort to protest what I viewed as a misuse of the term "self-publishing." By the time of the second expo, I stopped fighting a losing battle, and went over to the dark side. In reality, I was not joining Darth Vader, and the three Expos I've attended have been both pleasurable and informative. Here's what I wrote the first time, including a look back to an event I covered in the same venue for my first job as a journalist way back in 1970.

When attending conventions, trade shows and symposia for various industries and groups, it can be useful to try to distill an overall trend, mood or message. For this expo, there was no message. The mood was definitely optimism. The trends I detected were:
Some exhibitors have been at the Expo since the beginning, so they obviously find it beneficial. Other companies, such as Outskirts Press and Author Solutions, tried once or twice and did not return. Hope apparently springs eternal, and each year there are new companies in the exhibit hall to replace the dropouts. There seems to be a lot of personnel turnover in this business, and many people who manned the tables for companies in past years were replaced by fresh faces. 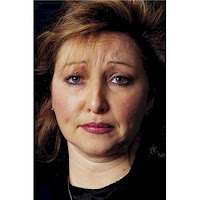 The saddest faces this year, as in past year, were on authors who paid to exhibit so they could tout and sell their books. These folks get little 'traffic' in the exhibit hall compared to service providers. I admire their perseverance -- but not their business judgement. SPBE is simply not a place where people go to buy books. If someone does stop by an author's table and does get interested in a book, it's easy to delay the purchase and order it for less money from Amazon.com, and not have to carry it around.

In addition to the exhibit halls, SPBE provides teaching and discussion "panels" all day long. These are extremely popular (and unlike the exhibit hall, not freebies). Some are 'standing room only' or draw overflow crowds of eager acolytes listening from adjacent hallways. Because multiple sessions are held concurrently, attendees may have to choose which sessions to skip. Some trade shows offer audio or videotapes of sessions, and I encourage SPBE to investigate this. 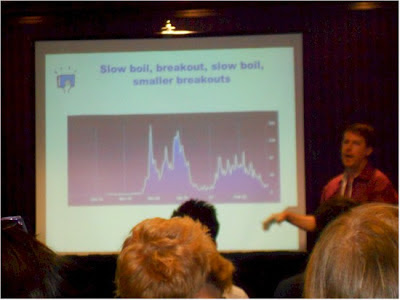 The first session I attended was "The Secrets of Ebook Publishing Success" conducted by Smashwords boss Mark Coker. While I disapprove of books and seminars that use the term "secrets," (few if any 'secrets' are secret) Mark is a fine speaker and provided useful information and guidance for both novices and veteran self-pubbers. Some of his points: 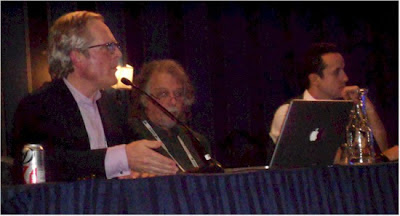 The other panel I attended was "Distribution for the Independent Author" with David Lamb of Vantage Press, David Wilk of Creative Management Partners and Alex Kampmann of Midpoint Trade Books. Some of their points:


More tomorrow (probably).
Posted by Michael N. Marcus at 5:39 AM