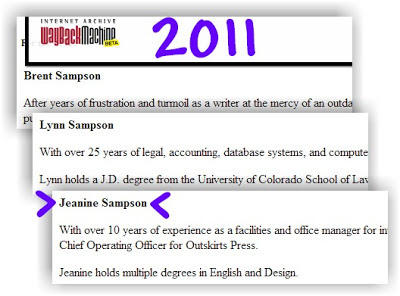 According to the Internet Wayback Machine, as recently as May of 2011, Jeanine Sampson (Mrs. Brent Sampson) was part of the "executive team" that ran inept and dishonest pay-to-publish company Outskirts Press. [below] As recently as today, LinkedIn identifies Jeanine as COO of the company. [This paragraph should be flush-left, not centered. Blogger will not let me fix it.] 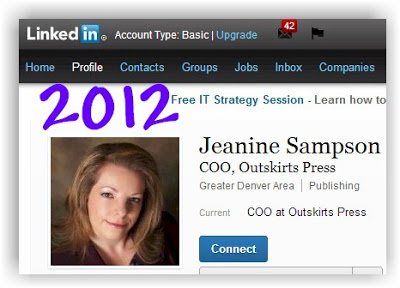 [below] And, as recently as today, 411.com shows Jeanine and Brent living at the same address.

Also, as recently as today, Facebook shows that Jeanine and Brent are married to each other and Jeanine is still the Outskirts COO. 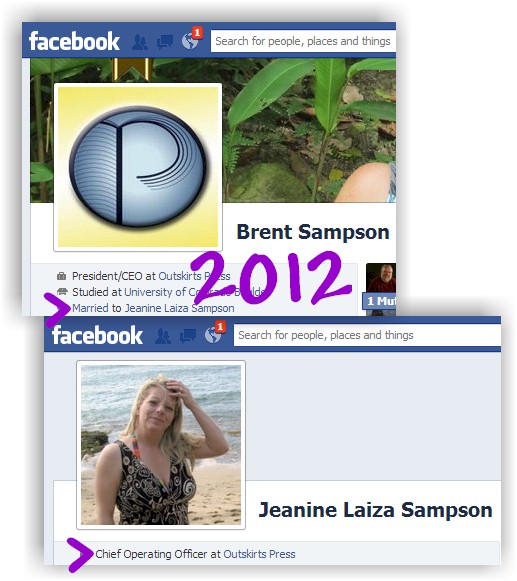 Lots of people don't update their LinkedIn and Facebook pages. However, the Outskirts exec page has been updated [below]. In the current version, Jeanine is notably absent, and Kelly Schuknecht has been added. 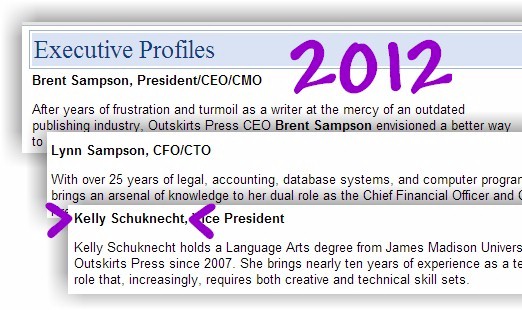