I started blogging way back in the Jurassic era -- 2006. My newest blog started this year. The blog you are now reading has been 'on the air' since September of 2008, when I started my own tiny publishing company.

Publishing has changed a lot even in the few years since this blog started.

Self-publishing has become much more respectable and more important. I've published many more books than I planned to (but some planned books have not been published). E-book readers have evolved from expensive geek toys to ubiquity. I've gone from ignoring e-books, to hating e-books, to tolerating e-books, to embracing e-books.

Here's what I wrote the first time: 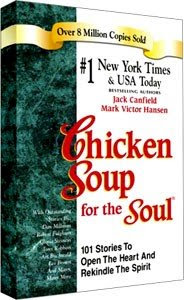 Many writers have become publishers. Ben Franklin did it. Mark Twain did it. Edith Wharton and Gertrude Stein did it. Jack Canfield, co-author of Chicken Soup for various things, also did it.

It's not usually an indication of failure or desperation.

Mark Twain became his own publisher because he felt another publisher cheated him.

I've had deals with three book publishers in the past.

♦ One tried to cheat me.

♦ One didn't cheat me, but the book that finally came out was so unlike what I had expected it to be, I was sorry I got involved. I also didn't make much money, and had to wait a long time for the little money that I did get.

♦ The one that did cheat me did such a bad job on the book that I refused to let him put my name on it.

Self-publishing is booming in the early 21st century, for several reasons:

♦ It's part of a general cultural and technical trend that removes middlemen between creative people and their audiences. Musicians bypass record companies and make CDs to sell at concerts, and put recordings online for downloading by fans. Bloggers reach readers without needing newspapers or magazines to publish their words. Videographers can reach a worldwide audience on YouTube. Thousands of people, businesses and organizations publish e-zines, websites, catalogs and newsletters without professional assistance.

♦ Because of consolidation in the publishing business, it has become much harder for a new author to get published. Book publishing is now dominated by the so-called “Gang of Six” publishers that publish about half of the dollar volume of American books, and dominate the shelf space in bookstores. Book publishers seldom take risks today; they like to be sure a book will sell well.

There are lots of reasons why writers want to be their own publishers. Here are some:

♦ Complete control: the author determines the title, the cover design, the page size, the number of pages, the price, the marketing plan, the publication date, everything.

♦ Personal attention: at a big publishing house, a new book from an unknown author may get little or no attention from the sales force that is responsible for dozens or hundreds of books. A self-publishing author can concentrate on one book, and can work as hard as she or he wants to in promoting the book to the public, booksellers, the media and book reviewers.

♦ Complete freedom: self-publishing allows authors to write about anything they want to, without needing approval from anyone.

♦ Speed: with conventional publishing, it can take years to find an agent and a publisher. With self-publishing, a book can be in stores a few weeks after it is written.

♦ Durability: the author determines how long a book remains on the market.

♦ Up-to-dateness: the author determines when a new edition should be published.

♦ Regular income: with conventional publishing, royalty checks (if there are any) arrive twice a year. With self-publishing, money can come in every day, week or month, depending on the sales channels.

♦ Higher income: most book royalties pay about 8% of the cover price. Self-published authors can make more money, even from books that sell for lower prices.

These are the main reasons I established Silver Sands Books to publish my own books.

As of September, 2008, I have started writing five books. Two are nearly completed.
Posted by Michael N. Marcus at 5:25 AM