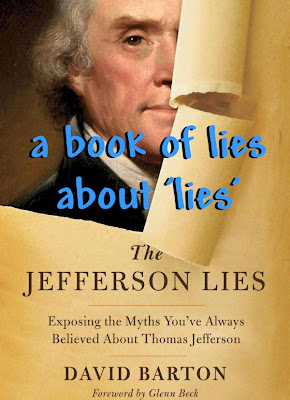 I am not alone in my scorn for Hyatt's sleaze.

NPR has just broadcast and published an extensive analysis of The Jefferson Lies, written by   David Barton, "The Most Influential Evangelist You've Never Heard Of."