A typeface is a distinctive type design.
Just as companies like Chevrolet and Chanel were named after their founders, typefaces are often named after their designers, such as Goudy, Caslon or Lubalin.
Sometimes a typeface is named to honor a person important in type design (Garamond), a place (Memphis) or an event (Renaissance). The Inland Type Foundry named typefaces such as Studley to honor important customers. Robert P. Studley was a printer in St. Louis. 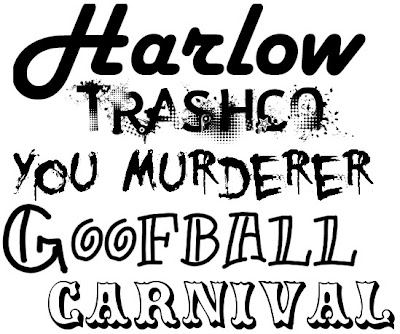 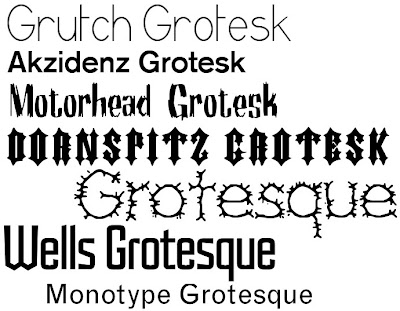 [above] Typefaces with similar or identical names may not look similar.
Several typeface names seem humorous—even if they were not intended to be so— like “Zapf Dingbats,” “Friz Quadrata,” “Bodoni Bold” and “Harry Heavy.”

[above] “Roman” may mean a typeface with serifs. “Times New Roman” (“TNR”) is a “new” roman typeface designed for the Times newspaper in London and first used in 1932.
“Roman” may also be used to mean type that is vertical, as opposed to slanted “oblique” or “italic” fonts. You can use Times New Roman roman or Times New Roman italic. The “Roman” in “Times New Roman” is part of a proper noun and is uppercased, but when “roman” is used as a description for a kind of typeface, it is lowercased. 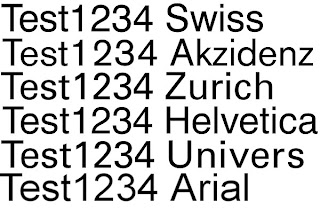 [above] The “Alpine” typeface looks nothing like the other “Swiss” faces. (The Alps are also in Germany.)
Some typeface names seem to be deliberately deceptive.  “Helvetic” is likely named to make people think they are getting “Helvetica.”  You can download Helvetic for free while seeing advertising and possibly infecting your computer with a virus. Genuine Helvetica (from Linotype) costs $29 for one variation or $693 for the complete set.
[below] There are even websites offering free (i.e., illegal) downloads of genuine Helvetica and other faces.

This blog post is adapted from my upcoming e-book, Typography for Independent Publishers. 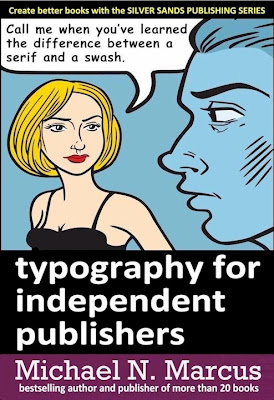