The yearn to kern 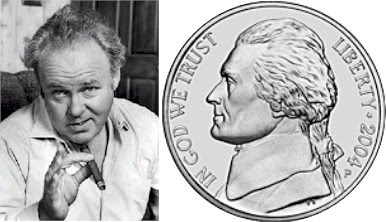 In typography, "kerning" is a specific kind of letterspacing that allows one letter, number or punctuation mark, to share some of the space of its neighbor, often “tucking under” an overhanging element such as the top of an “F” or a “T.”

Almost everyone is exposed to kerning, but probably few pay attention. It's an important design tool used by professional graphic artists (including book designers) and amateurs should learn to kern, too. Kerning does not work with all typefaces. [below] The lowercase “r” nicely tucks under the uppercase “T” in Baskerville, but not in Rockwell.

The AVAYA brand name is a "word picture," chosen because it looks pretty. AW, WA, AV and VA are common kerning combos, and the letters in AVAYA fit together unusually well.

The logo for the Law & Order TV shows has one of the most widely seen examples of kerning. Did you ever notice how the "A" tucks under the "W?"

Kerning is not usually important in the type sizes used in book text, but can make a big improvement in chapter titles and in the large type on book covers and title pages.

Compare the normal and kerned versions of a book title of mine: 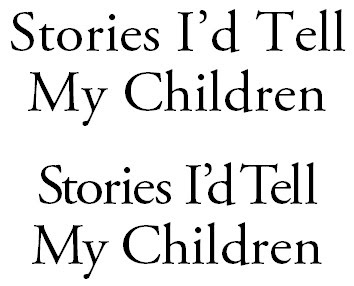 
[below] Kerning is not just for adjacent letters. Examine your punctuation and tighten-up where needed.

[below] Kerning is seldom necessary for adjacent numbers, but you may need to kern a number and a letter or a number and a punctuation mark. Look closely.

I used Microsoft Word to make the "Stories" book, and other books. They don’t look too much worse than books composed with Adobe InDesign or Quark Express, which are used by professional designers and a few do-it-yourselfers.

InDesign can provide automatic kerning to adjust space within specific letter pairs. With Word, you manually condense the space between letters. It’s a lot of work that few folks bother with. I do it for book titles and some chapter names and subheads—but not for body text.

The “adult” software packages can cost over $800 and can take a long time to learn how to use properly.

On the other hand, most self-publishing authors already own Word and know how to use it. They can quickly learn how to use some of its often-untapped power to produce a nicer book.

If you are using Word, you can kern by selecting "character spacing" within the "font" section. Experiment with different settings for different parts of the word. Look at "professional" books and magazines and even product packages for inspiration.

(This material is from my upcoming No More Ugly Books!) 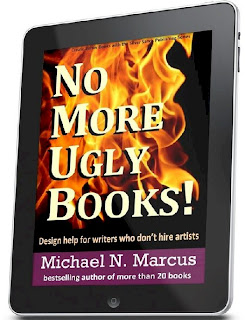