Children are not disposable 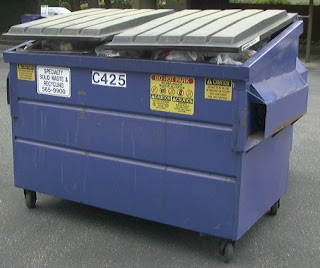 There are been two extremely disturbing news themes lately: cannibalism and child abuse, including abandonment, neglect and even murder.

While cannibalism is so rare and so wacky, it's common to smile a little bit when reading about the bizarre incidents.

There is nothing even remotely amusing about mothers who drop their children from a 15th-floor balcony, starve them or throw them in the trash.

It's too damned easy to get pregnant.


In order to get married in New York State, back in 1971, my fiancée and I had to prove that we were at least 18 years old and did not have syphilis or gonorrhea.
In order to get a divorce, a spouse once had to prove adultery, abuse, desertion, drunkenness, etc.
One aspect of family life that has not changed in decades -- or in millennia -- is the ease of becoming pregnant. Almost any fertile female who has sexual intercourse or artificial insemination can become pregnant and probably become a mother.

There is no need to prove mental or physical health, no need for the approval of a parent or judge, no need to demonstrate the knowledge and ability to care for the child until adulthood.

Because it is so easy to get pregnant, many children are neglected, abused or even murdered.

It's difficult to get permission to adopt a human child -- or even a Chihuahua.

No permission is needed to get pregnant.

Unlike when voting or buying liquor or tobacco, there is no need to reach a minimum age to become pregnant.

Unlike when renting a SCUBA tank or an airplane, there is no need to prove training and certification to have a child.

If human beings thought more about becoming parents than dogs and fish do, maybe there would be fewer abused and dead children.

Yes, I know that some potentially wonderful mothers have difficulty getting pregnant. I am sorry.