Am I qualified to write a book about designing books? (WARNING: there's some sex in this post.) 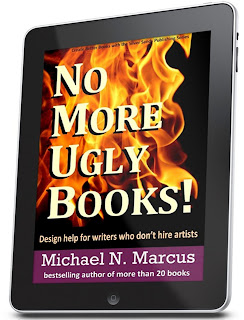 I am not a book designer, but I'm writing a book about designing books. No More Ugly Books! is aimed at writers who don't hire artists. It will initially be published as a $4.99 e-book, and should be out this summer. It's part of a series I will be publishing for independent publishers and other authors and writers.

The low cost of publishing both printed books and e-books has encouraged thousands of writers to quickly become publishers.  A recent survey shows that most self-publishing authors — because of ego, ignorance or financial necessity — design and format their own books. Sadly, many lack the skills, knowledge, experience and software to produce attractive books.

Because of this, self-publishers often produce really ugly books that are hated by readers and condemned by reviewers. Many are condemned by me. Some creators of really horrid books advise others how to use their dubious techniques to make even more horrid books.
It doesn’t have to be that way.

If you pay attention to my book, you’ll have no excuse for publishing an ugly book. The books might not win trophies or become bestsellers, but they shouldn’t be laughed at.

While I do not have a PhD in art and my last art prize was won in seventh grade, I may know more than you do.