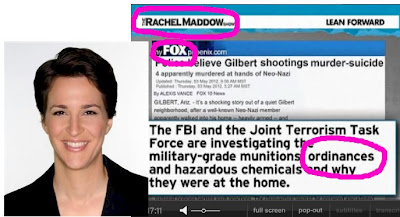 Some funny things happened on last night's Rachel Maddow Show on MSNBC. In case you don't know, Rachel is a liberal political commentator on a cable TV channel that is commonly regarded as liberal -- the polar opposite of Fox News.

"Ordnances" -- with no "i" -- would have been the right word. I think that most people who see the word "ordnance" think it's misspelled, and that it should really be "ordinance." Actually, "ordnance" can be a properly spelled word.

When I was a kid I assembled a Revell model tank. The box came with a zillion plastic parts, an assembly diagram and a sheet of decals to make the plastic tank look more realistic. One of the decals on the sheet was a label that said, "U.S. Army Ordinance." There was also a smaller sheet that said almost the same thing -- without the erroneous "i." 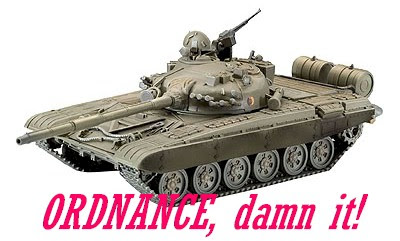