The British are coming, again 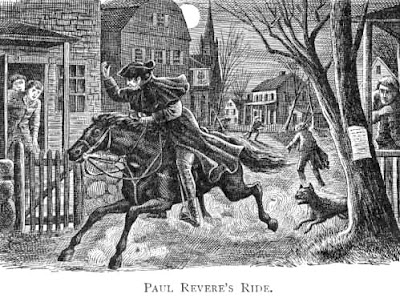 Paul Revere may not have really yelled, "the British are coming" before the Battles of Lexington and Concord in 1775, but the British do want to provide book printing in the USA in 2012. 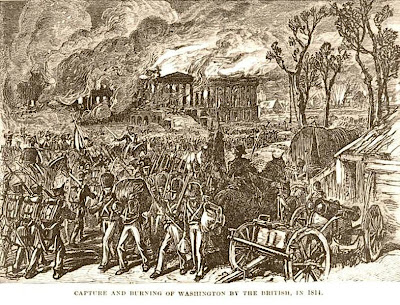 The British have not always been good for American readers. Despite providing us with lots to read from Chaucer, Shakespeare, Dickens, Doyle, Fleming, Rowling and others, the damn redcoats also destroyed a lot of our reading material.

The Brits burned a lot of Washington during the War of 1812. They nearly destroyed the White House and the Capitol building, including the books in the first Library of Congress. Ironically, many of the burned books came from London.

Although I doubt that the British army was trying to generate re-orders for British publishers, a British self-publishing company is now trying to take business away from American competitors -- but seems to be poorly prepared to do it.

According to Britain's Evening Telegraph, "Printondemand-Worldwide has recently expanded globally, by adding a partner company in Brazil to firms in North America, Australia and Singapore. " 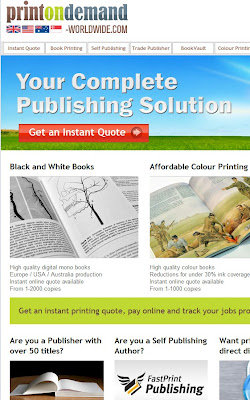 The company's website displays the American flag and says the company provides production in the USA. However, the contact page provides only an address and phone number in England, and the website uses terms like "bespoke," "high street" and "on the tin."

The Brits can provide a British ISBN, but apparently not an American ISBN, and will send copies of your book to six British libraries as required by British law -- but does not seem able to handle American copyright registrations. 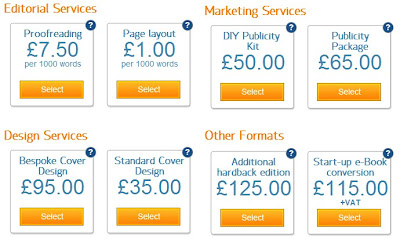 Despite displaying American stars and stripes, at this time, the company seems to be interested only in British customers. If you're an American and really want to do business with the company, have a calculator ready, because all of the prices are in Redcoat currency -- not American greenbacks.