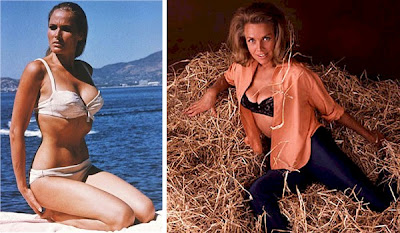 Most heterosexual men are attracted to female breasts. At an early age, even gay men and heterosexual females are attracted to female breasts. It’s a fact of life, because the breast is the source of life.
In 2012 many babies get their initial nourishment from bottles. But, for millennia, vital milk actually came from mothers. If babies were not attracted to breasts, there might never have been a second generation of human beings—or even a second generation of dogs or monkeys or any kind of mammal.
Mammals are a class of animals whose name is derived from their distinctive feature, mammary glands—the breasts that feed young mammals.
The word “mammal” comes from “mamma,” the Latin word for breast. “Mamma” is often the first word said by an English-speaking baby. Variations include “mommy,” “mummy,” “mom,” “mammy,” “ma,” “eema” (Hebrew and Estonian), “meme” (Albanian), “mère” (French), “maji” (Hindi), “mama” (Dutch, Spanish, Chinese, German, Russian and Italian), etc.
The widespread use of similar words in diverse and distant cultures implies that babies learn to extend “m”—a basic sound of happiness while suckling and nuzzling—into a real word. The sound is obvious in “mother” and “maternity.” The breast may be the source of not just life-sustaining milk, but of speech.
Breast allure for most male human beings extends long after the need for breast feeding. The female breast can be a lifelong source of attraction and sexual excitement. It’s been suggested that men who were breast-fed as babies are more breast-focused than babies who were bottle-fed. I can appreciate a fine behind, but I was breast-fed and am definitely a “tit man,” not an “ass man.”
Young teenage boys are driven to see, touch, nuzzle and more—but they may not be initially aware that females can receive pleasure from being seen and even from being touched.
Some women resent being “ogled,” or complain that men look at their chests, not at their eyes, during a conversation.
Other women are willing and eager partners in the relationship that perpetuates the species. They display their cleavage, wear push-up bras, wear falsies, get breast implants and dance naked to attract mates—and human life goes on.
Listen up, ladies: You may not like this, but it’s a basic part of being a mammal. It’s God’s plan, it’s human nature, it’s vital for the continuation of human life. Birds and snakes don’t care about breasts, but men do. It’s innate. It’s genetic. We can’t help it. Get used to it. Do your part. Resistance is futile. If you’ve got it—even a little bit of it—flaunt it.
From my Stories I'd Tell My Children (but maybe not until they're adults)