There are some advantages to being old 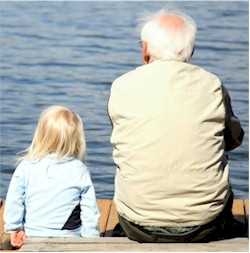 Despite deficiencies in appendages and sensory organs, we old farts have a definite advantage over the young 'uns. We may not remember where we put the car keys or what we ate for breakfast, but if we still have long-term memory, we have PERSPECTIVE. We can look back, remember, analyze and compare. We remember things that kids have merely read about (and maybe their sources were wrong.) And, because we can remember when things like cellphones did not exist, we can appreciate -- and maybe even marvel at -- things that younger people take for granted.
After walking around the planet for four or five or six decades, we've seen, heard, smelled, tasted and done a lot.
Of course, one big disadvantage of this perspective and memory may be that nobody wants to hear about it.