Blocks of text are said to be “justified” or "full justified" when most lines are the same length and they fill the space from left to right.


The lines of type in this blog are like most blogs and websites and a growing number of magazines and books. The type is "flush left/ragged right." "Rag-right" is much easier to produce, and people accept it.


Justified type has a more formal, polished look. Ragged is obviously less formal, but people can rightfully claim that justified type is abnormal and artificial, and ragged right is normal and natural. Text from typewriters (remember them) is normally rag-right. Some typewriters can justify, but the result is usually ugly.


Despite lots of recent changes in publishing, justified type is still the dominant format for book printing. It can look beautiful, but takes more time and money to do right. The block of text shown below is from one of my books. I won't assert that it's beautiful, but it's better than a lot of text from self-publishers -- and it's easy to produce with Microsoft Word. If I can do this, so can almost anyone.

A lot of very ugly justified type gets printed, particularly in newspapers with narrow columns (below). 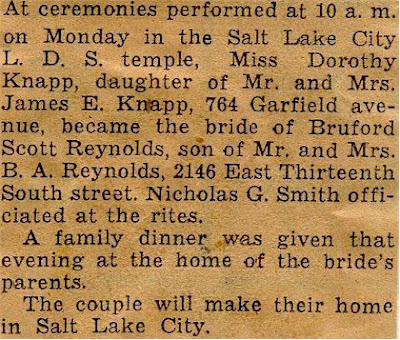 The problem exists in narrow book columns, too (below). Sometimes the only way to improve the word spacing is to switch to rag-right, or make the column wider. You can also experiment with changing some words, which can take a long time, may be futile, and may not be an option. 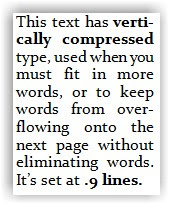 Next is a horrid example of justified full-width text from Release Your Writing by Helen Gallagher. Helen's pages are just five inches wide, and that size leads to pages that are often uglier than the six-inch pages used for most "how-to" paperbacks. It would be better to have wider pages, or go rag-right. 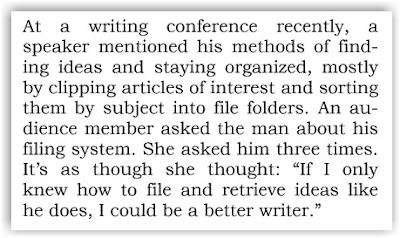 There is an unfortunate trend with self-published books to use justified type, but no hyphens, which leads to really UGH-LEE word spacing.


I purchased U-Publish.com 5.0, co-authored by Dan Poynter. This book has no hyphens, and the word spacing (below) is atrocious.

Just as poor voice quality with cellphones and VoIP service has led to the acceptance of "low fidelity" phone conversations, I fear that ugly e-books will increase the quantity and acceptance of ugly p-books. E-books designed for reflowable text and user-selectable type size (not PDF e-books) can produce some terrible-looking pages (below). Kindle’s display flexibility can produce very ugly results. This is part of Treasure Island by Robert Louis Stevenson. 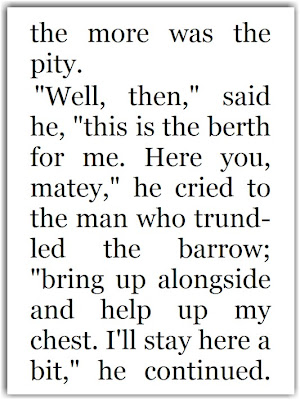 My first (2008) self-published Print On Demand book, I Only Flunk My Brightest Students -- stories from school and real life, is very informal. Ragged right seemed to be appropriate for the mood of the book, and it saved time.


My second POD book, Phone Systems & Phones for Small Business & Home, is more formal, more expensive and is intended to be a reference book for business people. Justified type seemed appropriate, and I was willing to invest the extra time to make it look traditional.


When I finished my tedious labor, I was so pleased with the results, that I decided to re-do the "flunk book" with justified type, while I was making other modifications and corrections.


TIP: Be careful if you are justifying a book that was already completed with ragged right type. Most lines will expand to the right margin, and sometimes words that used to fit on one page will "creep" onto another page. You may have to change the page numbering for chapter beginnings, or cut words or make illustrations smaller to get what you want.


TIP: Be very careful to check the last line in a paragraph. Sometimes even three words are spread out full-width, and they'll look very stupid. You can just select the line and re-do it as flush-left, or (in MS Word) tap the Enter key after the last word in the line.

A while ago I got flamed in a discussion about book design, by someone I'll label an ignorant and egomaniacal belligerent asshole, who insisted that pages of text that are full-justified are harder to read than text that is rag-right. He also insisted that it's proper to have two spaces -- not one space -- between sentences (an obsolete artifact of ancient typewriters).

He backed up his minority position by citing his alleged 30 years experience writing and editing, and spewed the customary ad-hominem attacks at those (mostly me) who tried to explain how books are normally designed in the United States.
I saw no point in continuing to argue with the flaming asshole and bailed out. With great restraint, I resisted the urge to encourage him to perform an act of self-copulation.

I found a good comment about justification by Shannon Yarbrough in 10 Things You Should Know About Self-Publishing published on The LL Book Review: "I have never, never, NEVER seen a traditionally published book that lacked right margin justification and I’m tired of self-published authors telling me that they did it that way because it’s easier to read. No, you didn’t follow the rules because you didn’t do your homework, or you don’t know how. I know that’s harsh, but it’s the truth and it’s one reason I will turn down a book for review right away."