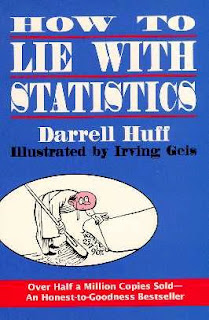 When I was in high school, I read How to Lie With Statistics -- first published in 1954 and still available.

The folks at Outskirts Press -- the inept and sleazy self-publishing company that I love to hate -- are skilled at lying with statistics. They deliberately and deceptively use statistics to make potential author customers think the company is better than it really is.

Denver, CO, August 24, 2010 --(PR.com)-- Outskirts Press, an Inc. 500 company in 2009 and the fastest-growing full-service self-publishing and book marketing company, was recognized once again by Inc. Magazine in 2010 in its annual "Fast 5000" list of the nation's fastest-growing private businesses.

And, of course, Outskirts continues to lie about the award with its claim to be "the fastest-growing full-service self-publishing and book marketing company."
Outrageous Outskirts conveniently chooses to ignore a competitor which ranked much higher. 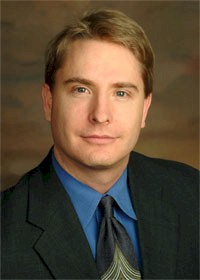 "We are honored once again to be recognized by Inc. Magazine on this annual list," said Brent Sampson, Outskirts Press president and chief executive officer. "To appear on this list once is a feat; and twice in a row is a true testament of our commitment to quality, customer service, and value for our authors."
Sorry, Brent. Your listing is not a feat or a testament -- it's an embarrassment!


What Outskirts is not bragging about is that its Inc RANKING DROPPED BY NEARLY ONE THOUSAND PLACES IN ONE YEAR. Also, the Outskirts three-year revenue growth reported in 2010 is LESS THAN ONE THIRD of the figure for 2009. And, a list of 5,000 companies is not the same as a list of 500 companies!

* * * *
On August 1, 2011 Outskirts sent out a press release claiming that "Outskirts Press Books Receive Statistically Higher Ratings on Amazon Than The Other Five Major Online Self Publishing Companies."

"Of the 7302 books published by Outskirts Press that were for sale on Amazon as of July, 55% have received a rating. [BFD. At least one Outskirts book has an Amazon rating provided by a corrupt author of the book! Maybe many more do.]

Compare that with the other five major online publishers [WHO determined that these unnamed companies are "major?"], where that percentage is 42%, 30%, 25%, 21%, and 15%. Yes, only fifteen percent of authors from one of the major online publishers have managed to receive even one review of the book they worked so hard to write. [Maybe those authors did not work "hard."]

Since one-star ratings are possible, receiving a rating doesn't necessarily equate to "quality." [AHA!] But receiving a rating does relate to ENGAGEMENT by the author in terms of marketing effort. [The one-star ratings can mean that engaged readers hated a book so much that they want to warn other readers to stay away. Also, engagement by the author does not mean that the publisher did anything to help the author.]

So now let's look at the quality of books being published by the six major online publishers by examining the percentage of reviews that received four stars or higher:

Outskirts Press seems to think that if it throws enough bullshit against a wall, some of it will stick. Some bullshit may stick, but all shit stinks! So does Outskirts Press.