A lot of authors claim they got started as kids.

Kylee Legge (the self-anointed "publishing queen") says she wrote her first book when she was just two years old. I didn't do that. When I was a kid, I was more into being an inventor, cartoonist, photographer, entrepreneur, SCUBA diver and superhero ("Copter Boy"). I read tons of books, and did well on school papers, and although I co-published a very-limited-circulation newspaper in seventh grade, I did little "voluntary" writing. I did not write for the literary mags in junior high or high school. I never planned to write professionally. I never even thought about it as a possible career.

Even though my College Board scores in math kept going down, and my "verbal" scores kept rising, my misguided guidance counselor decided that since I liked electronics, I should become an engineer.

I went to Lehigh University (where even the sports teams were called "the engineers"). Midway into my first semester, I realized I was in the wrong school, with the wrong major, heading for the wrong career.

I switched to Lehigh's tiny-but-excellent journalism department, where Professor Joe McFadden told me that I could write. I was active on the Lehigh student paper, and when I finished school I went to New York. I got jobs writing for several magazines (including Rolling Stone) and ad agencies. I acquired fans, awards, money, and a wife.

In 2008, I formed Silver Sands Books, planning to publish exactly one book, mostly for friends and family. Since I didn't like the way my previous books turned out, I decided to self-publish to maintain complete control.

That book was initially an accident.

In 1989, on the day of my 25th-year high school reunion, The New Haven Register published an article I wrote about some of my terrible teachers.

In around 1995 -- for a reason I don't remember, except maybe I wanted to write things down while I could still remember -- I wrote a long short story about the glorious days of sex, drugs and rock-n-roll in the 1960s. It was too long to be sold as a short story, and too short to be a book. I published it online. Readers liked it. Some said it could be a good movie. 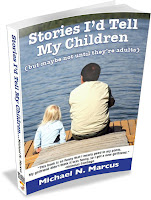 In around 2005, I thought that if I combined my 60s story with my teacher stories, and wrote some more, I might have enough to make a book. I ended up with 318 pages.

The book has not made me rich, but checks come in every month, and readers love it. It also helped me connect with some old friends.

Since that book, with no plan, I've published (or started) more than 20 more books. Other writers have asked me to publish their books. One of my books has been on two Amazon bestseller lists, so I can now claim to be a "bestselling author" and a publisher. My wife and mother are not impressed. My dog is.

A few dozen of the posts are book reviews, of good books, bad books, and ugly books.

My own books are sold by Amazon, B&N and other booksellers. Some people have asked to buy autographed copies of my books.

So, I became an accidental bookseller.

I've established Good, Bad and Ugly Books as a repository of links to the reviews on this blog, and as a venue for purchasing the books I've written. There are links to pages on Amazon where people can buy the books I recommend. I make a few pennies on each book I help Amazon sell. I hope I collect enough to pay for the website, but the site is operated much more for love than for money. 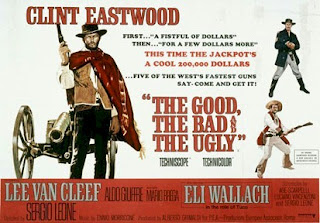 The Good, the Bad and the Ugly is a long and brutal classic "spaghetti western" directed by Sergio Leone and released in 1967. It starred Clint Eastwood (the good), Lee Van Cleef (the bad) and Eli Wallach (guess what) in a search for buried gold. CLICK to hear the fantastic theme.


The movie's title is an appropriate way to classify books, and to name a website. 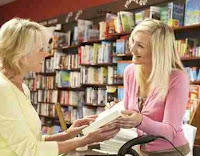 At one time, there were lots of bookstores, and the people who worked in the stores read lots of books. Their familiarity enabled them to engage in "hand-selling."

Because they knew books, and sometimes knew the shoppers, they could make personal recommendations, often while holding a book in their hands. That doesn't happen at Costco, Target or Walmart.

With this site, I hope to emulate those booksellers, and make personal recommendations -- and warnings -- based on books I've read.

Almost every book on the site has been read by me, Michael N. Marcus. One or two may have been merely looked at. The vast majority were paid-for. I think just two were freebies.