Make your name your BRAND NAME

Any writer who expects to write more than one book, blog or article hopes that people who like one thing he or she has written will want to read more.
One good way to help people to find your work is to have a distinctive name, like Apple, Snapple, Chevrolet, singers and actors.

Jor-El, Superman’s Kryptonian father’s name, is unique and distinctive. So is the name of Marlon Brando, who played the part. Marlon Brando was Marlon Brando’s birth name.
Marion Morrison was less fortunate. He had to change his name to become John “Duke” Wayne.
Stephen King’s name is not unique or distinctive. But, after selling perhaps 300 million books, he probably does­n’t suffer from the existence of others with the same name. (Wikipedia listed about a dozen, including a Congressman, a pedo­phile and five athletes.)

What about a pen name? 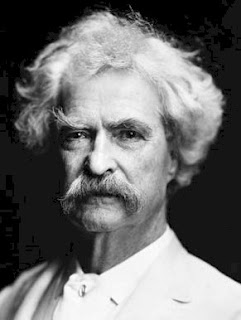 It’s not unusual for a writer to use a pen name (nom de plume in French). Mark Twain is probab­ly the most famous fake. Twain’s real name was Samuel Langhorne Clem­ens, but he also used Sieur Louis de Conte.
There are many reasons for using a pen name:
·         To make the author’s name more distinctive, more glamorous or more interesting
·         To disguise the author’s gender
·         To protect the author from retribution, especially if the book is an exposé
·         To avoid confusion with other authors or famous people
·         To hide ethnicity or alter apparent ethnicity
·         To develop different personas for different genres such as fiction and nonfiction, or chick lit and sci-fi
·         To have a name more appropriate to a genre (male western writer Zane Grey was born Pearl Zane Gray)
·         To avoid overexposure by having too many books on sale at one time
·         To avoid embarrassment, such as when a professor writes porn, or to shield the author’s family from revelations of an unconventional or illegal past
·         If your name is hard to spell, remember, pronounce or seems too “foreign” or “ethnic.” The original family name of author Irving Wallace was Wallechinsky. His kids write as David Wallechinsky and Amy Wallace.
·         If you’re afraid that the book could jeopardize your success in another field
Scott Lorenz, who provides marketing and PR at Westwind Communications (www.westwindcos.com/book), suggests some reasons for using your own name on your books:
·         If you are not trying to hide from anyone
·         To brand your name for speaking gigs or consulting
·         So people you know can find your books
·         To build trust and confidence with readers
·         To use your real-life expertise to validate the contents of your books
Don't use a bland name as a brand name.
If you have a bland name like “Arthur Williams,” you might be more easily found and better remembered if you change to Hamburger Williams or Xavier Nguyen Bacciagalupe III.
English punk rocker Declan MacManus morphed into a more-memorable Elvis Costello. On the other hand, film critic Elvis Mitch­ell was apparently born an Elvis.

Don Novello wrote books as Lazlo Toth, and appeared on TV as Father Guido Sarducci. Punk-rock bass player Sid Vicious was born John Ritchie. Cher was Cherilyn Sarkisian.
Sometimes just a slight change can do the job. F. Scott Fitzgerald is probably a better choice than Francis or Frankie Fitzgerald.  Bill Smith might be better remembered as William Harrington Smith or Billy D. Smith. Edward Jay Epstein has written more than a dozen books, perhaps with more success than hundreds of ordinary Ed Epsteins.
For my own brand, I’ve chosen to include my middle initial, “N.” A Google search for Michael N. Marcus shows over 100,000 links -- and most are mine. Apparently there are just two of us. I’m the writer. He’s a shrink. 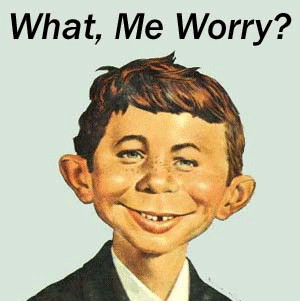 When I was younger, I'd probably kill myself rather than admit the following: my middle name is NEUMAN.

If you are evaluating potential al­ternate names or just want some fun, take a look at www.whitepages.com/. It ranks name pop­­ularity based on listed phone numbers. When I checked, “Edward Ep­stein” was the #254,818-ranked full name, with 123 occurrences. On the other hand, Juan Epstein, from Welcome Back, Kotter, is unique, with just one listed person in the United States. And it may not be his real name. Maybe Juan’s real name is Xavier Nguyen Bacciagalupe III, or Sally Smith.
The value of a middle initial 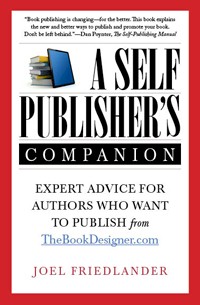 Yesterday I listened to a telephone interview/conference call conducted by author/marketer/speaker/coach Roger C. Parker. Roger was interviewing Joel Friedlander, who was launching his great new book A Self-Publisher’s Companion. (I'll have more to say about it in the future.)

There may be a million Roger Parkers in the world, but the name Roger C. Parker seemed very familiar to me.

I asked if -- and Roger confirmed that -- waaaaay back in 1970, he freelanced a monthly column about retail advertising for High Fidelity Trade News. At that time, I was employed by the mag as assistant editor, for the fabulous salary of $115 per week. It was my first job after college. The money sucked, but I had an impressive title, and was working in the media in Manhattan. Other former classmates were in places like Allentown and Fresno.

If Roger did not use his middle initial 41 years ago, I probably would not have noticed or remembered his name, and we would not have had our telephonic reunion.

(Roger, Joel, Me, Sigmund)
In another -- but perhaps less remarkable -- coincidence, Roger, Joel and I have facial hair but have lost some cranial hair. Why do so many male writers have beards? It would be a good question for Sigmund Freud. He was bearded and balding, too.﻿
...