The Great Depression is still depressing the book business 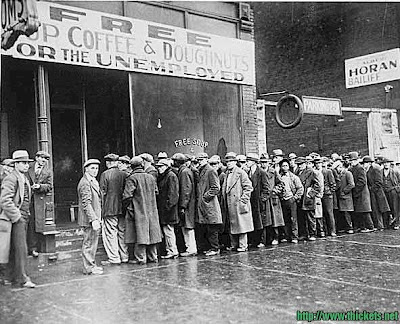 Book returnability is a destructive artifact of the Great Depression

When books are bought on consignment, bookstore owners don’t have to care if they order slow-sellers or outright flops because almost all unsold books can be returned to the publisher, or even be destroyed, and still generate a refund or credit from the publisher. This adds to the cost of publishing (increasing the prices of books) and wastes natural resources.

Selling on consignment may have been a good solution in 1929, but 80-plus years later it has become very expensive and wasteful. Book publishers and bookstores are in trouble.

If a bookstore operator knows that sales are guaranteed, and if a publisher’s salesperson is sufficiently pushy, and if money is offered for promotion, little thought may go into making a purchase. The store may “overbuy” and inflate the initial sales of a book, but the day of reckoning comes a few months later. If most of the copies of a new title are still sitting on the shelves, they get sent back to the publisher, where they are either remaindered and redistributed for the buck-a-book tables or shredded and pulped to become raw material for new books.

The urgency that store operators feel to return books before they have to be paid for shortens the time available for a book to build a market.

Bookstores are also shutting down.
Posted by Michael N. Marcus at 4:41 AM