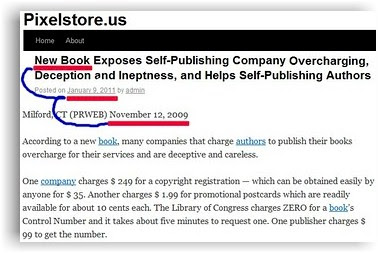 (left click on image to enlarge)
In November of 2009, I sent out a press release to announce a new book.
Yesterday an idiotic automated website ran the release, still using my 2009 headline about the "new" book.
Goofs like this seldom happened back in the 20th century, when news reporting was done by human beings, not by robots.
A lot has happened in publishing since 2009. The 2009 book mentioned in the release is now officially obsolete, replaced by this one: 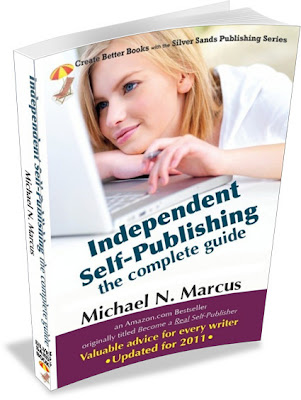 It should be on sale in about a week. You can order here. It's bigger and better than the 2009 book, but the price is the same.
Posted by Michael N. Marcus at 2:31 AM